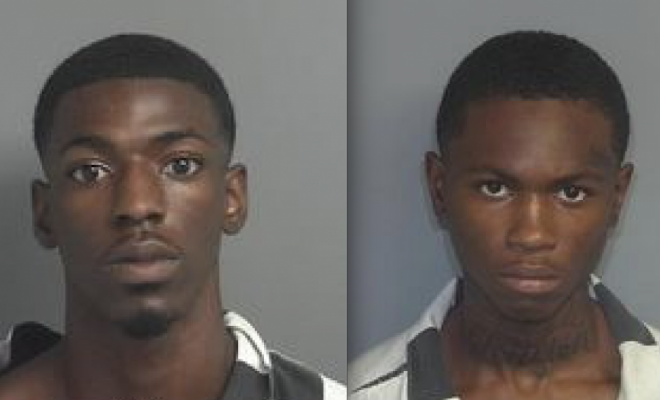 Sheriff Investigating Suspects for Multiple Burglaries in The Woodlands

The victim gave chase providing law enforcement with the location of the suspect truck.  During the chase, the victim struck the rear of the suspect’s truck with his vehicle.  Law enforcement from multiple agencies caught up to the suspect vehicle at the intersection of Robinson Road and Maplewood Dr in Oak Ridge North.   Deputies detained both occupants identified as Jques Minor (B/M) 19 years of age and Devon Speights (B/M) 18 years of age.  Both suspects are from the Houston area.

During the investigation, Deputies discovered that the truck the suspects were driving had been reported stolen by Sugarland Police Department.  Deputies with the Montgomery County Sheriff’s Office also learned the suspects could be linked to multiple burglaries in the City of Sugarland.  The Montgomery County Sheriff’s Office and the Sugarland Police Department are working together to determine how many burglaries these suspects have committed and to return any property to their owners.

This is still an active investigation and involves multiple law enforcement agencies.