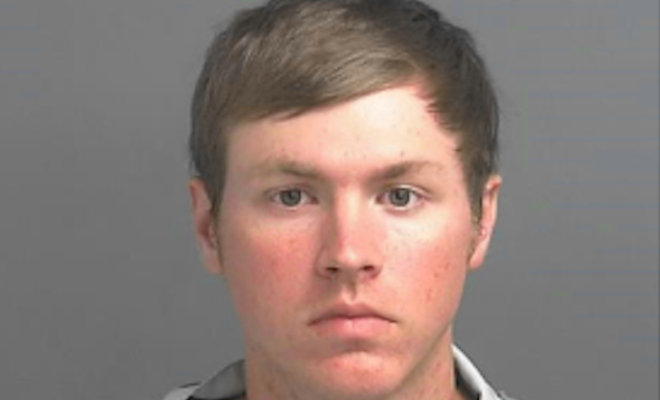 The Montgomery County Sheriff’s Deputy was able to locate the suspect vehicle, a 1997 blue Ford, at Twin Peaks in Shenandoah a short time later. The vehicle was equipped with emergency lights on the dashboard.

Contact was made with the driver, Garrett Plymate, who was inside the business. Mr. Plymate was wearing a local Volunteer Fire Department shirt and hat and wearing BDU style pants. When questioned, Mr. Plymate stated he was a volunteer fireman as well as a private investigator. Mr. Plymate also stated he was with a local volunteer fire department for approximately one month and has not been through the fire academy.

Montgomery County District Attorney’s Office was contacted and the charge of Impersonating a Public Servant was accepted. Mr. Plymate was arrested and transported to the Montgomery County Jail without incident.