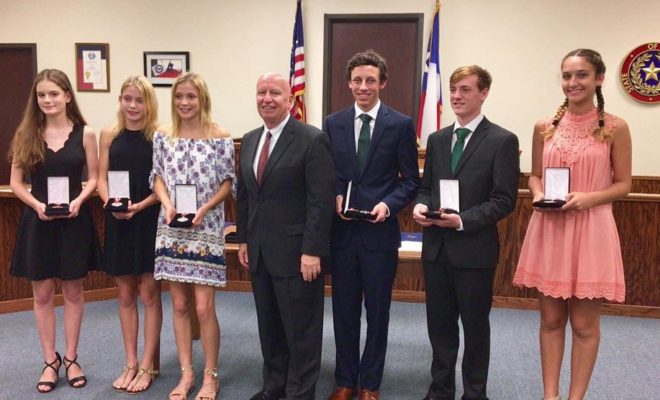 Congressman Kevin Brady shared, “[I] was honored to award congressional medals to these young people who represent the best of America through their servant leadership. Each honoree has achieved their own personal challenging goals in four areas: voluntary public service, personal development, physical fitness and expedition/exploration. These community leaders have bright futures ahead of them!”

Learn more about the Congressional Medal program at https://congressionalaward.org/program/