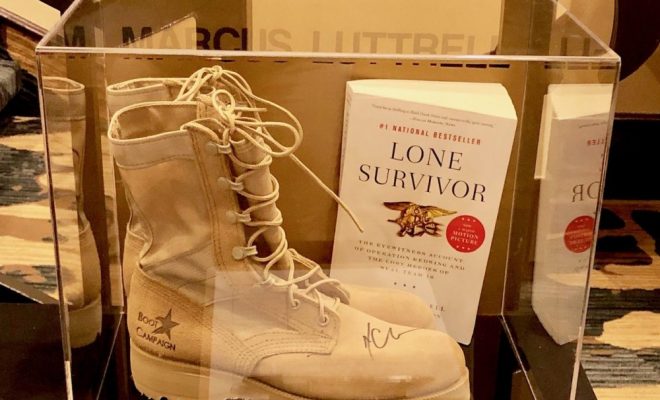 THE WOODLANDS, TX – This past Saturday, a runway-style fashion show featuring military combat boots helped raise record-breaking funds for the military, raising more than $58,000 at a night where the Houston area community honored our veterans and active military service members. Randall Reed’s Planet Ford 59 in Humble was the main sponsor and was thrilled to honor our active military, veterans and their families at the Woodlands Resort & Conference Center during the 3rd Annual Combat Boot Fashion Show.

The third annual Gala event, a partnership between Boots for Troops and Planet Ford 59, featured five pairs of worn combat boots from United States service members. Each pair of boots was modeled down a fashion runway while a short story was read to honor the service member who wore the combat boots in service. After the boots were modeled, the room opened up to a live auction format.  Local businesses and patrons bid on the boots, accumulating more than $27,000. The winning bidders took these special boots home in a shadow box complete with the boots, a photo of the donor, and his written story about his boots.

John Centner, general manager at Planet Ford 59, recognized the importance of supporting our active deployed. “As an Army Veteran, I am dedicated to personally caring for our military community and passionate about taking care of our active military, veterans and their families,” said Centner. For more information, visit at www.Boots4Troops.org.