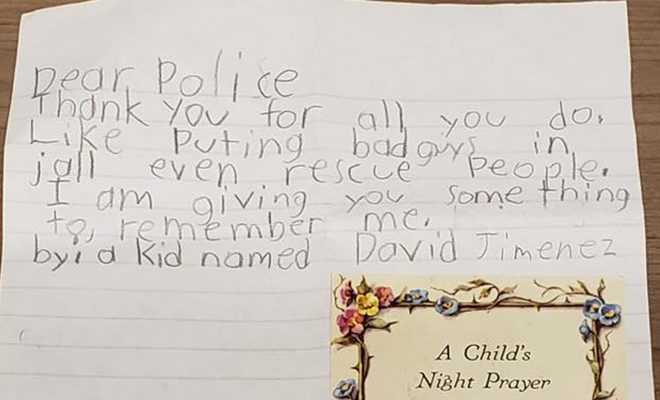 On August 27, Chief Christy decided to surprise Jimenez by paying him a visit at his house. Jimenez’s eyes lit up, and he said, “I knew you would answer my letter.” Despite 48 hours of prepping for a hurricane, spending the night at the EOC monitoring its path, and planning the construction of a new training facility, Chief Christy was equally thrilled to meet David.

“Receiving a letter such as the one sent by David tugs at your heart,” said Chief Christy. “I was certainly touched by his kind words and the spirit of the note.”

“His note said that he was giving me something to remember him (A Child’s Night Prayer) – and he certainly did that. I will proudly display his poem in my office.”