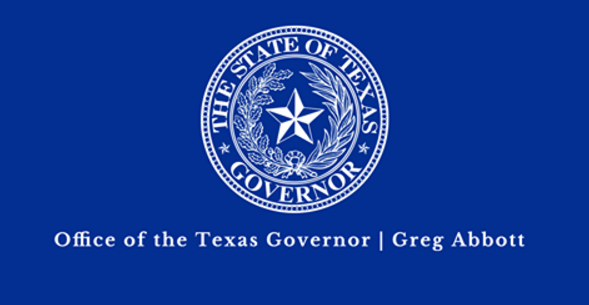 By Office of the Texas Governor Greg Abbott | September 19, 2019

Austin, Texas (September 19, 2019) – Governor Greg Abbott today declared a state of disaster in several counties that are currently experiencing widespread flooding due to Tropical Storm Imelda. This declaration will ensure that local officials have access to any state resources they may require to respond to this severe weather. On Monday, Governor Abbott deployed numerous resources to the Gulf Coast in preparation for this weather event.

“The State of Texas is working closely with local officials and emergency personnel to provide the resources they need to keep Texans safe from Tropical Storm Imelda,” said Governor Abbott. “I thank our first responders who are acting swiftly to help the communities that are facing this severe weather event. I urge all those in the path of this storm to take the necessary precautions and heed all warnings from local officials.”

TO ALL TO WHOM THESE PRESENTS SHALL COME:

I, GREG ABBOTT, Governor of the State of Texas, do hereby certify that the severe weather and flooding event that began on September 17, 2019, has caused widespread and severe property damage and threatens loss of life in Brazoria, Chambers, Galveston, Hardin, Harris, Jasper, Jefferson, Liberty, Matagorda, Montgomery, Newton, Orange, and San Jacinto counties.

THEREFORE, in accordance with the authority vested in me by Section 418.014 of the Texas Government Code, I do hereby declare a state of disaster in the previously listed counties.

Pursuant to Section 418.017 of the code, I authorize the use of all available resources of state government and of political subdivisions that are reasonably necessary to cope with this disaster.

Pursuant to Section 418.016 of the code, any regulatory statute prescribing the procedures for conduct of state business or any order or rule of a state agency that would in any way prevent, hinder, or delay necessary action in coping with this disaster shall be suspended upon written approval of the Office of the Governor. However, to the extent that the enforcement of any state statute or administrative rule regarding contracting or procurement would impede any state agency’s emergency response that is necessary to protect life or property threatened by this declared disaster, I hereby authorize the suspension of such statutes and rules for the duration of this declared disaster.

In accordance with the statutory requirements, copies of this proclamation shall be filed with the applicable authorities.

IN TESTIMONY WHEREOF, I have hereunto signed my name and have officially caused the Seal of State to be affixed at my office in the City of Austin, Texas, this the 19th day of September, 2019.