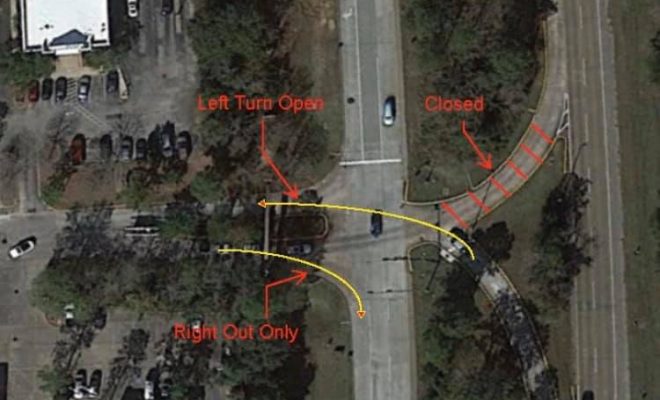 THE WOODLANDS, TX – The South Montgomery County Mobility Study, completed in 2014, identified the widening of Grogan’s Mill Road from four lanes to six lanes as a project necessary to alleviate traffic congestion between Woodlands Parkway and Sawdust Road.

However, with an estimated construction price tag of at least $11.5 million at the time, the widening of Grogan’s Mill Road to three lanes in each direction from Woodlands Parkway to Sawdust Road is cost-prohibitive without additional road bond funds. In addition, the recommended widening project initially drew opposition from Grogan’s Mill residents.

Vehicle volume on that stretch of Grogan’s Mill continues to impede traffic flow, especially at the North Millbend and South Millbend intersections, where left-turn lane traffic regularly backs up into the inside through lane, causing further mobility issues.

A 2017 warrant study showed minimal use of that intersection, barely meeting traffic counts for a signal and even failing to meet traffic volumes in at least one area. With the closure of the anchor grocery store and the elimination of the left turn out of the shopping center, engineers have recommended removing the signal, as it won’t meet minimal vehicle use to remain operational.

Removing the traffic signal will further improve traffic flow on southbound Grogan’s Mill by accommodating the large volume of traffic that travels that stretch of road daily. It also will have little to no impact on traffic exiting the shopping center, as vehicles still will be able to turn right out of the exit onto Grogan’s Mill Road, or use the expanded left-turn lanes on South Millbend to access northbound Grogan’s Mill. Longtime Grogan’s Mill residents also have expressed their concern regarding the safety of the left turn out of the shopping center onto Grogan’s Mill, as they have to merge with northbound traffic that is traveling the posted 45 mph speed limit.

The additional left-turn lane storage on South Millbend Drive onto northbound Grogan’s Mill Road will be more than enough to accommodate the vehicles that have been turning left out of the shopping center at Grogan’s Mill over the past several years as well as when the center returns to its once-vibrant state. This traffic control design is consistent with the majority of village shopping centers in the heart of The Woodlands as well as Precinct 3. The anchor grocery stores in the Sterling Ridge, Panther Creek, Indian Springs, Cochran’s Crossing and Alden Bridge shopping centers all face major thoroughfares – Woodlands Parkway, Kuykendahl Road, and Research Forest Drive. Not one of those centers has a left-turn-out exit across traffic onto the thoroughfare it faces. There also are no traffic signals at those exits. Patrons either turn right out onto the thoroughfare or use side roads/exit to head other directions or access signalized intersections. This traffic control plan has had no impact on businesses occupying those shopping centers, as it provides safe entrance and exit points for patrons. The only commonality with the grocery stores that have closed in The Woodlands village centers in recent years has been that they were all part of the same chain. The traffic control plan is consistent with the “access management” strategy implemented by Commissioner Noack throughout Precinct 3.

Access management uses a few techinques to control spacing, design, and operation of street entrances/exits, turns, medians, and intersections. Controlling the number of ingress and egress points along the road helps improve safety, reduce congestion, increase traffic mobility, and even extend the life of taxpayer-funded roads.

Commissioner Noack has implemented this strategy along Sawdust Road as well as with the recently completed Rayford Road widening project. The design limits left-turn movements out of strip centers and side streets across multiple lanes of traffic, thus steering drivers to safer signalized intersections for such turning movements. This promotes a network of efficient roadways that enable drivers to endure fewer abrupt speed changes and brake points.

Commissioner Noack has also used access management along Kuykendahl Road that reduced the turn-lane movements while improving safety and mobility. The medians constructed a few years ago only allow left turns into the shopping centers on either side of Kuykendahl Road. It has not affected the grocery or other retail stores and restaurants at those locations.

Precinct 3 will continue to use these access management techniques at and near major intersections in The Woodlands by extending or adding left-turn storage and closing cut-throughs by filling them in as medians. These private entrances/exits that use median cut-through movements and are too close to major intersections can cause traffic backups and create unsafe cross-traffic.

Commissioner James Noack understands his responsibilities over the roads and bridges in Precinct 3 and will continue to research and implement the best plans and projects to provide roadways that enable safe and efficient travel to home, work, recreation, and businesses inside and outside The Woodlands. 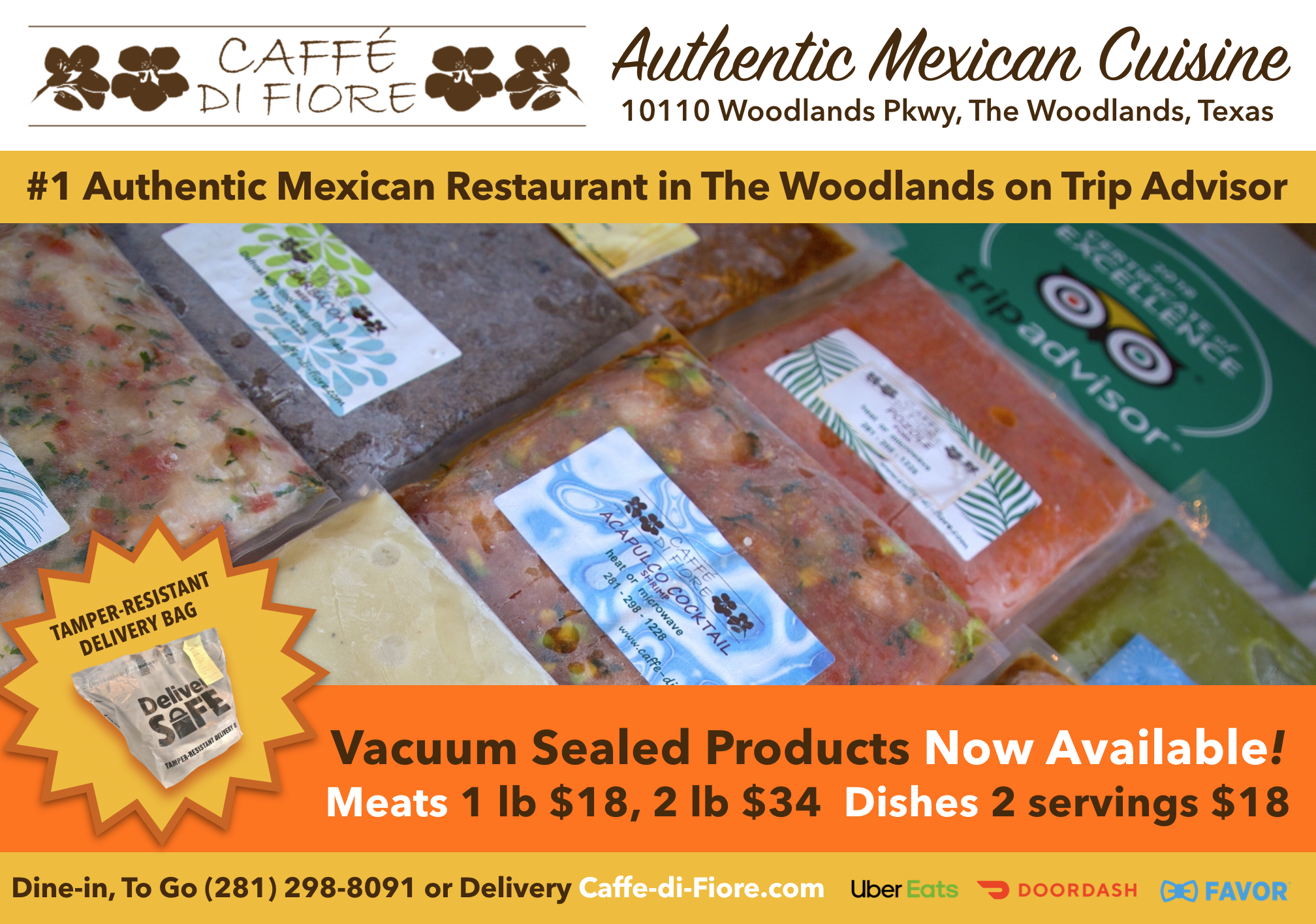