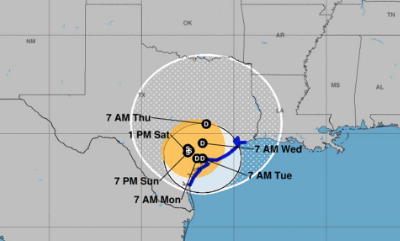 The National Weather Service has announced on Saturday, August 26 at 1:12 p.m.that Harvey has weakened to a Tropical Storm.

A tornado watch has been issued for parts of Louisiana and Texas until 2 a.m. CDT on Sunday, August 27.

Montgomery County has been issued a Flash Flood Watch until 2:15 a.m on Saturday, August 26.

Preliminary rain totals from the past 24 hours show several areas already over 10-15″ as rainfall from Harvey just gets started. 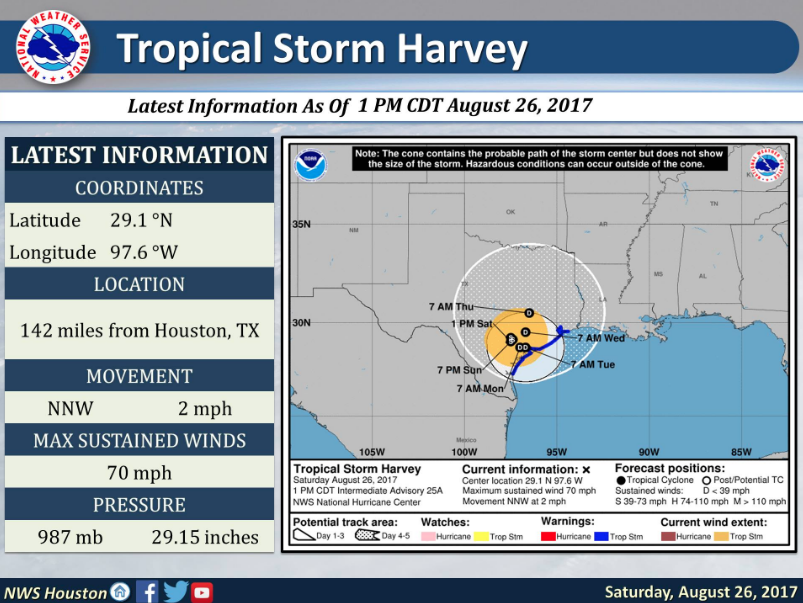