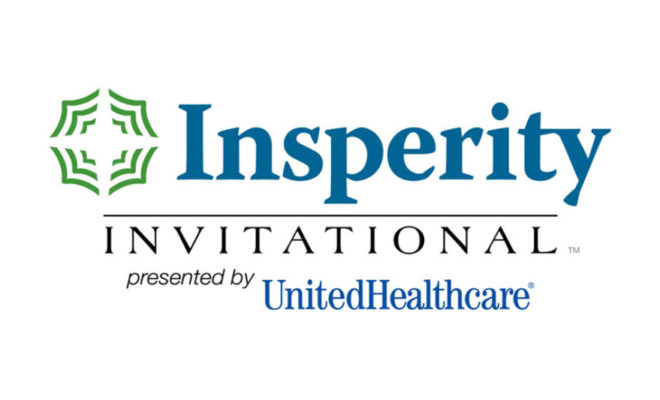 THE WOODLANDS, TX – While the stars of the PGA TOUR Champions will not be teeing it up in The Woodlands, TX, this week for the Insperity Invitational presented by UnitedHealthcare, tournament officials will ensure the Tradition of Excellence continues online – and in the community – through a series of activations planned April 27 – May 3.

The PGA TOUR announced in March, the 2020 installment of the Insperity Invitational would be cancelled due to the ongoing health crisis. The decision was made based on recommendations from the Centers for Disease Control and the World Health Organization.

“It is obviously very unfortunate that we will not have the opportunity to play this year, but the community-at-large is our primary concern, and this decision was necessary to support the world’s collective efforts to minimize the transmission of the Coronavirus,” said Paul Sarvadi, Chairman, CEO, Insperity Inc. “That said, we want to make a positive impact on our community this week and continue to entertain golf fans in the Houston area while respecting social distancing measures at home.”

Working with its corporate and restaurant partners, the event staff will “tee up” tournament week at the Insperity Invitational presented by UnitedHealthcare by providing 1,250 meals to frontline medical staff at local hospitals in The Woodlands where there is a need; CHI St. Luke’s The Woodlands Hospital, and Memorial Hermann The Woodlands.

“We are so grateful to all of those working in the medical field in our community. We are equally appreciative to several of our restaurant partners including Rudy’s, Grotto Ristorante, Chick-fil-A and Del Frisco’s Grille for helping us recognize the sacrifice these professionals are making to keep us all safe and healthy by encouraging them to enjoy a meal on us,” added Bryan Naugle, Executive Director, Insperity Invitational.

Meanwhile, many of golf’s biggest names including past champions like Scott McCarron, Bernhard Langer, John Daly, Fred Funk and The Woodlands’ own Jeff Maggert, will connect with golf fans at home during tournament week through a full slate of planned video messages.

A dynamic international pairing of two of golf’s most intriguing stars, Darren Clarke and Miguel Angel Jimenez, will get into the action while providing video tips and messages of support to invited participants of the annual Junior Pro-Am.

Annika Sorenstam was preparing to travel to the Insperity Invitational this week to play in the 3M Greats of Golf where she was scheduled to conduct a “Share My Passion Clinic” for young girls. ANNIKA will continue to inspire young girls by bringing the junior clinic to their homes virtually.  The clinic will be held on the ANNIKA Foundation Instagram live on Thursday, April 30 at 4 p.m. EST.

Teeing up some additional fun will be 18-time major winner, Jack Nicklaus, who will pair up with golf fanatic and beloved baseball great, Roger Clemens, for an online chat hosted by Jim Nantz on May 2. The Golden Bear was committed to return to the Insperity Invitational this week to compete in his eighth-straight 3M Greats of Golf Competition. Clemens is a close friend of the event, and would have teed it up during the Woodforest National Bank Pro-Am.

All of the action will be shared on the Insperity Invitational social media channels: Facebook, Twitter and Instagram, as well as the PGA TOUR Champions social media accounts.

“I believe we have the greatest and most generous players in sports connected to our event, who are willing to do their part to help us to continue to make an impact on our community, and inspire golf fans in The Woodlands,” added Naugle. “We are grateful to all of them, along with our incredibly gracious sponsors and tremendous volunteers, for helping us put a smile on a few faces by making a small positive mark on the community during this very difficult time.”

Additional tournament-week online activations that will be done in conjunction with the PGA TOUR Champions includes:

A PGA TOUR Champions event, the Insperity Invitational presented by UnitedHealthcare features the world’s premier golfers age 50 and older. Managed and operated by Pro Links Sports, in 2008, the tournament received the prestigious Presidents Award as the best event on the Champions Tour, and in 2011 received the President’s Award for Excellence in Achievement. In 2012 and 2015, the tournament received The Players Award for having the “best of everything” for the players, sponsors and spectators. Interfaith of The Woodlands, one of the local charities benefitting from the tournament, was named the 2016 PGA TOUR Champions Charity of the Year.  Past champions include Larry Nelson, Jay Haas, Mark McNulty, four-time winner Bernhard Langer, John Cook, Fred Couples, Brad Faxon, Fred Funk, Esteban Toledo, Ian Woosnam, John Daly and Scott McCarron. For more information about the Insperity Invitational, visit www.insperityinvitational.com, on Instagram @insperityinvitational, Twitter @InsperityInvtnl, or on Facebook at www.facebook.com/InsperityInvitational.