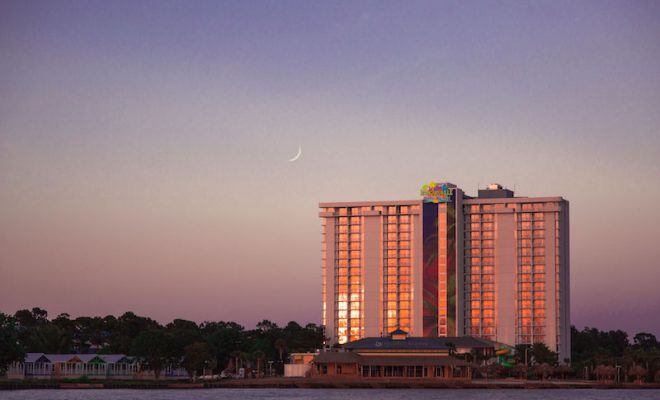 The team at Margaritaville Lake Resort, Lake Conroe | Houston extends its thoughts and prayers to those involved in today’s unfortunate accident.

Shortly after 3 p.m. two contractors of our energy provider were performing electrical work on property when an incident occurred.

Police, fire, and emergency medical teams immediately responded to the scene. Out of respect for the individuals and their families, any questions should be deferred to the local authorities.

As a result of the incident, there is currently no power at the resort.

The Conroe Police Department shared a statement at 6:11 p.m. that “Margaritaville was closed at the recommendation of Entergy officials. It could take several days to deem the area safe for guests.”

Montgomery County Sheriff’s Office first reported at 4:20 p.m. that “Conroe PD and other first responders are on the scene of an industrial accident at Margaritaville Resort on Lake Conroe. Crews were doing electrical work when two workers were electrocuted. A third worker was standing next to the men and was uninjured. Margaritaville has not been evacuated.  Scene is safe. Conroe PD will be releasing additional details later.”

UPDATE 7/16 at 12:46 p.m. from the Conroe Police Department (responding to questions received):

We have not released the name of the victim.  He has family on vacation that has not been notified and they requested that we keep his name private, so we have obliged.  I can confirm that he is a 25-year-old white male from Conroe and has been with the company since High School.

The press release explained that the incident occurred near the main entrance to the Hotel.  Entergy has safety crews on location and is working to make the resort safe for guests and help explain what occurred.  I was told that OSHA would be involved.  I would refer you to Entergy, OSHA and the resort for further comment.

Conroe PD is leading the investigation into the death, but nothing appears to be criminal at this point.  This appears to be an industrial accident.

The Police Department will have no further comment, as this is an active investigation.