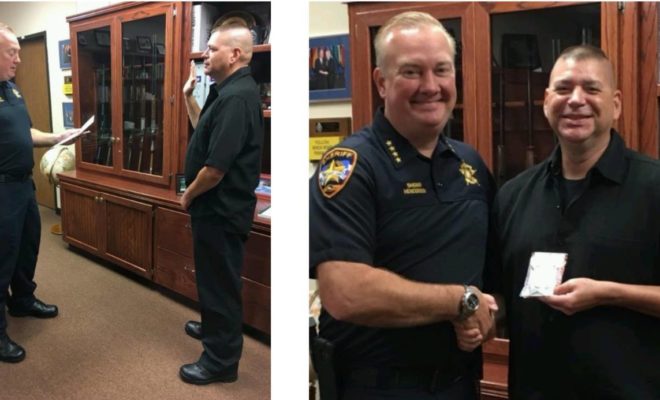 Deputy Layman sustained severe injuries in the line of duty after being struck by a motor vehicle on Interstate Highway 45 in the early morning hours on November 5, 2014.

Deputy Layman has gone through extensive surgeries, thousands of grueling hours of physical therapy and now 3 years, 9 months and 22 days later he is back at work as a Montgomery County Sheriff’s Office Deputy. 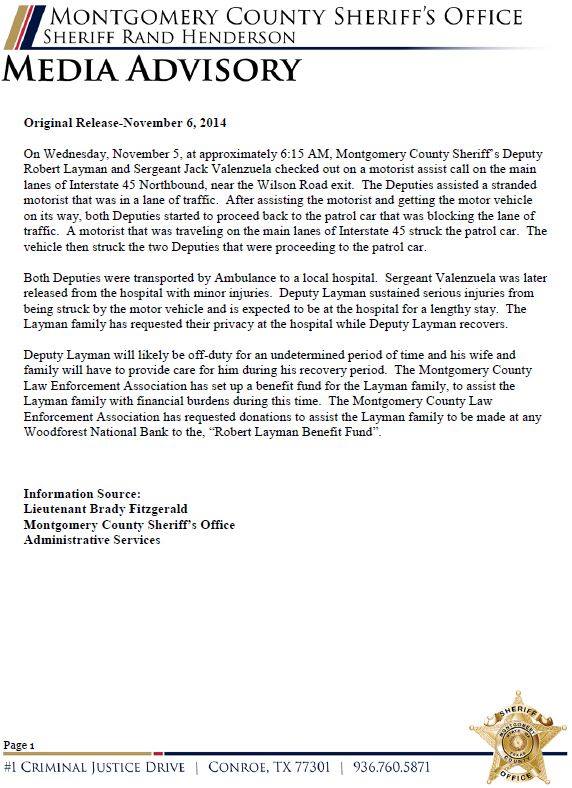