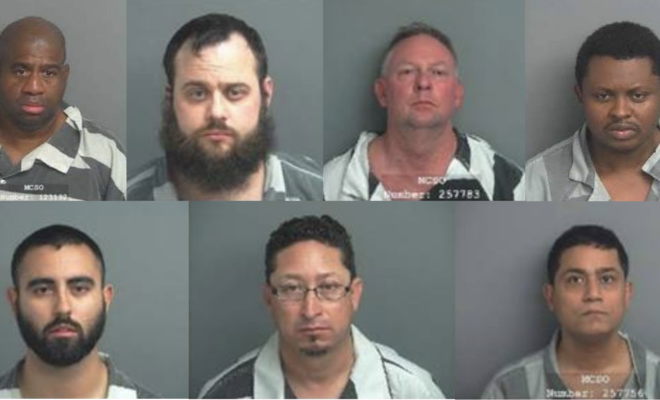 Detectives from the Montgomery County Sheriffs Office have received numerous complaints involving prostitution activities on the internet and in each of the complaints received, investigations have resulted in at least one or more arrests by the Montgomery County Sheriffs Office Organized Crime Unit for prostitution. This most recent joint agency operation focused on those persons involved in utilizing illicit adult websites to solicit prostitution. In order to address these ongoing problems, law enforcement agencies conducted reverse prostitution investigation, where by decoy female police officers posed as an escort from the website. Advertisements for the illegal acts mirrored previous postings found on various Internet websites used for sex trafficking.

These proactive operations will continue in an effort to thwart individuals from purchasing sexual acts from women, especially those women placed into situations that it is not by choice. This demand for illicit sexual acts must be addressed to stop human trafficking.