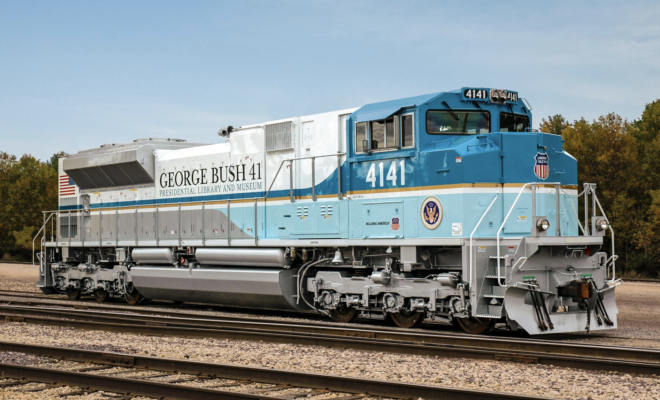 The public is invited to honor and celebrate the life of George H.W. Bush, 41st President of the United States, by paying their respects along the following motorcade routes:

The motorcade routes are open to the public; however, due to safety concerns, police may restrict access along some portions of the published routes.

The Funeral Train will depart the Union Pacific Auto Facility Thursday, Dec. 6 at 1 p.m. and will arrive at Texas A&M, College Station Texas at 3:45 p.m. CST/CDT.

The train will pass through Spring, Pinehurst, Magnolia, Navasota, and Texas A&M University until the train reaches College Station, Texas at approximately 3:45 p.m. 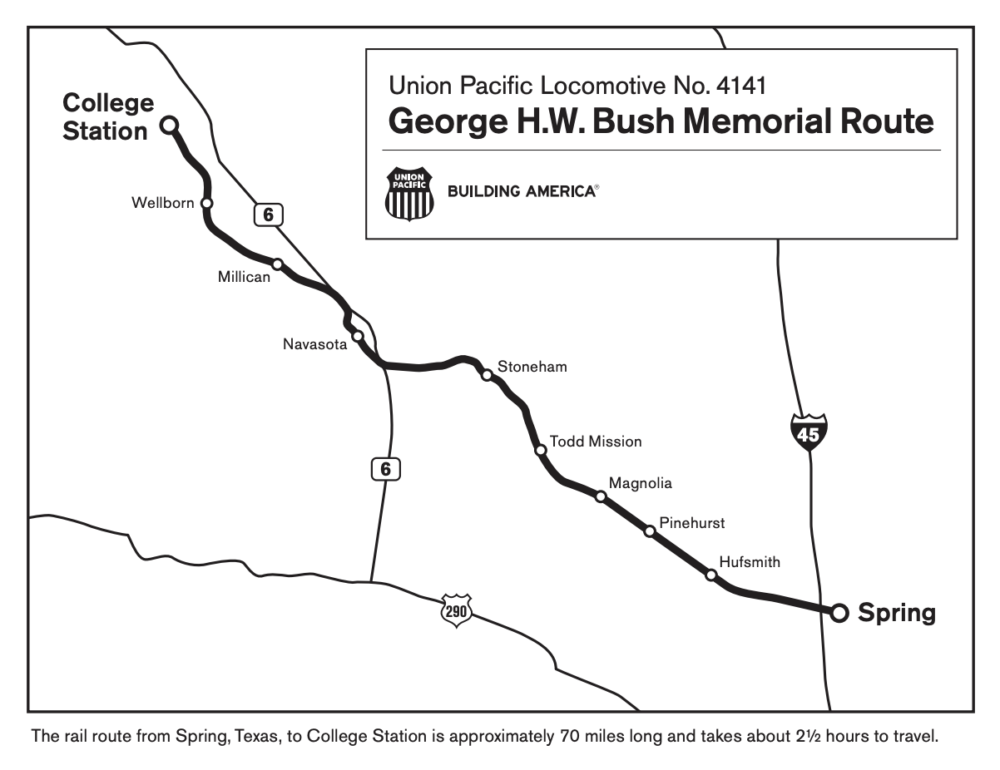 President Bush’s casket will be placed in a customized rail car equipped with glass on both sides, giving people an opportunity to pay their respects as the train travels through the communities listed above. The 70-mile journey will take approximately 2.5 hours to complete.

The public will be able to view the funeral train along the route to College Station. Due to safety concerns, police may restrict access along some portions of the published route. To ensure your safety, obey all railroad safety rules.

The Magnolia Police Department shared that in preparation for the Former President George H.W. Bush train procession, the following roads will be closed on Thursday, December 6, 2018:

The Magnolia Police Department stated that, “We welcome everyone to come out at pay their respects but please do so in a dignified way. We ask that everyone stay at least 25 feet from the train tracks, as to ensure everyone’s safety. If you cannot abide by this 25 foot rule, law enforcement will address the issue. There will also be no parking in the grass, along FM 1774 or Melton St.”

The Union Pacific No. 4141 George Bush Locomotive will lead the funeral train and will transport former President George H.W. Bush to his final resting place in College Station, Texas.

The UP No. 4141 George Bush Locomotive was unveiled October 18, 2005, during a ceremony near the George Bush Presidential Library and Museum on the Texas A&M University campus in College Station, Texas. This marked only the sixth time that Union Pacific painted a locomotive in colors other than the traditional UP “Armour Yellow” paint.

The custom-painted locomotive incorporates the colors of the Air Force One used during Mr. Bush’s presidency and symbolizes national pride and strength. It bears the number 4141 in honor of the 41st president. The locomotive’s rear panel features elements from Air Force One’s wings and tail, including the American flag and sweeping lines of forward motion representing progress.

Since production, the UP No. 4141 George Bush Locomotive has delivered shipments across all 23 states served by Union Pacific. The powerful locomotive continues to lead the way today, a fitting tribute to celebrate President Bush’s lifelong service to our country.