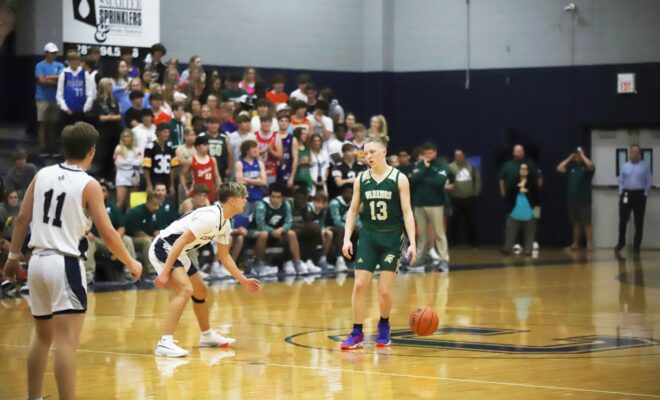 Senior Austin Benigni, who recently signed his letter of intent to play basketball for the Naval Academy, led the Warriors with 23 points, seven rebounds and seven assists. Though, it wasn’t his stats that most impressed head coach Tanner Field, who noted this five-game stretch to start the Warriors’ season has been the most impressive of Benigni’s career.

“Austin has shined in the way he has played but more importantly how he has led even when times were tough,” Field said. “[Austin] has truly embraced his leadership role, and all that comes with it both on and off the floor. He is really showing how great he can be at the next level for Navy.”

“This was a great team win all around,” Field said. “The environment was great and [it was] fun to have Warrior Nation show up for a rivalry game. We have nothing but respect for the Concordia Lutheran basketball program and we know the challenge of winning there will always be tough.”

The Warriors (2-3) play their next game on Wednesday, November 24th against Bellaire HS in the HoopsGiving Tournament hosted by RCS Sports.