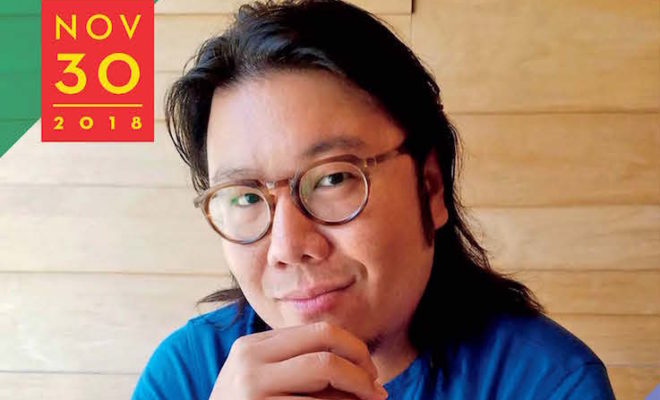 THE WOODLANDS – The John Cooper School is already receiving rave reviews for its announcement that internationally acclaimed bestselling novelist Kevin Kwan is the featured speaker for the 14th Annual Signatures Series that brings high profile authors and local authors to this much anticipated event each year.

Kwan’s critically acclaimed debut novel, Crazy Rich Asians, became an international bestseller and the major motion picture version from Warner Brothers Studios debuted on August 15. The romantic comedy has been breaking box office records since it opened. The sequel to the book, China Rich Girlfriend, also became a smash hit around the world, and the final book in the trilogy, Rich People Problems, was released in May of this year.

Kwan, who has Houston ties as a graduate of The University of Houston-Clear Lake, was named by Time Magazine to the 2018 TIME 100, its annual list of the 100 most influential people in the world.

The 2018 Signatures luncheon will be held on Friday, November 30 at The Woodlands Waterway Marriott Hotel and Convention Center. The event also features local authors, book signings and a VIP book signing with the author for major table sponsors.

Applications for local authors who are interested in participating in the Visiting Author portion of the event are now online and must be submitted by September 30.

Each year, a portion of the proceeds from Signatures is given to a local non-profit literary organization. The 2017 luncheon featured suspense novelist Paula Hawkins and a donation was made to two library organizations that used the funds to replace books lost due to Hurricane Harvey last year.

“We are very excited about welcoming such a highly acclaimed international author to The Woodlands for our 2018 series,” said DeMarco. “We look forward to hearing his entertaining look at generational and cultural differences.” Swanbeck added her enthusiasm by saying, “We hope the greater Houston community will welcome Mr. Kwan by again joining us as sponsors and guests to continue to support bringing noted authors here. We encourage people to secure sponsorships and make their reservations early for the best seats.”

Reservations for the 2018 Signatures Author Series luncheon are available online at www.johncooper.org. Sponsorships are available at $5,000, $3,500 and $2,500 levels and individual reservations are $150 each. For more information on Signatures Author Series sponsorships, please call 281-367-0900 x2441. For updates on the luncheon, log on to www.johncooper.org.