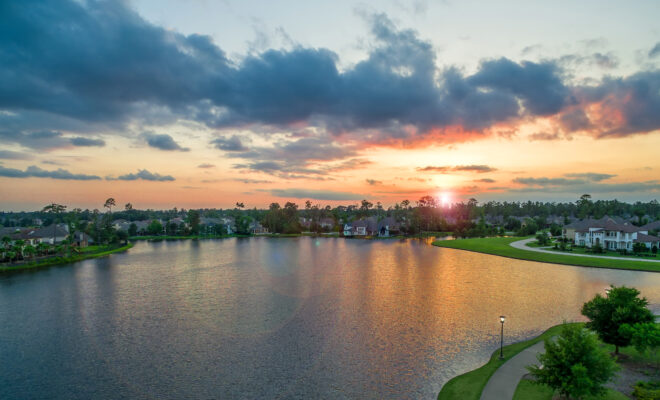 Proudly holding its prestigious ranking, The Woodlands® has been named the #1 “Best City to Live in America” for the second consecutive year by Niche.com, achieving an overall A+ Niche grade in the national survey. The Woodlands is one of the most acclaimed master planned communities in the country and has consistently been included in the top ten rankings by Niche.com on its annual list of the best places to live, buy a home, raise a family, retire and best public education.

While ranked as the #1 Best City, The Woodlands is not a city as it operates under a unique governing structure as the only township in the state of Texas. As a township, The Woodlands has been able to provide a high quality life while maintaining a low tax rate for its residents and businesses.

“We are honored to be ranked as the #1 community in America for the second consecutive year. Achieving this #1 ranking illuminates the commitment we have as developer, achievements of the township, the attraction of companies who have relocated their headquarters to The Woodlands, the strong workforce, acclaimed public and private educational opportunities. and at the heart of the community, the residents,” said Jim Carman, President of the Houston Region for The Howard Hughes Corporation. “Howard Hughes continues to follow the vision of founder of The Woodlands, the late George Mitchell, and believes that together as a community, we have achieved the #1 ranking that is so deserving of The Woodlands.”

Niche rankings are based on rigorous analysis of various factors including community safety, quality public education, a favorable cost of living, job opportunities and local amenities.

The Woodlands is a 28,500-acre, forested master planned community with 120,000 residents. Nearly 2,400 businesses and corporations have found a home in The Woodlands, providing jobs for over 63,000 employees.

Top amenities in The Woodlands include 220 miles of hike and bike trails and 151 parks, surrounded by  nature and forest. Highlights of The Woodlands include highly-rated public and private schools, world-class shopping, recreation and entertainment including The Cynthia Woods Mitchell Pavilion, ranked as one of the top amphitheaters in the world by Pollstar magazine, superior quality healthcare as well as the thriving economic and urban environments of The Woodlands Town Center, Hughes Landing® and The Woodlands Waterway®.

The Woodlands leads the way among master planned communities that practice environmental preservation. The Woodlands devotes an unprecedented 28% of its community – nearly 8,000 acres – to trails, parks, golf courses and greenbelts which will remain undeveloped green space at full build-out.

“Howard Hughes embraces environmental preservation and social consciousness within our community. With health and wellness top of mind, we offer outdoor green spaces, parks and amenities within a walkable setting for an urban lifestyle, complementing our acclaimed master planned community,” added Carman.

The Woodlands, a 28,500-acre award-winning master planned community located 27 miles north of downtown Houston, was recognized in 2021 as the #1 Best Community to Live in America by Niche.com. The Woodlands offers an unprecedented 28% of green space, leading the way among master planned communities that practice environmental preservation. It is home to 120,000 people, and nearly 64,000 people work in the community. The Woodlands has received numerous past accolades including the Vision Award, Development of Distinction from the Urban Land Institute; three-time honoree of “Master Planned Community of the Year,” four-time recipient of “Humanitarian of the Year” and “Trailblazer of the Year” in 2018 by the Greater Houston Builders Association; American Trails Developer Award; Environmental Planning Award from the American Society of Landscape Architects, Texas Chapter Houston Section. The Woodlands is a community of The Howard Hughes Corporation®, which supports over 180 local causes in the Houston region through its HHCares program. For more information, visit www.thewoodlands.com. For additional details, find us on Facebook, Twitter, and Instagram.

About The Howard Hughes Corporation®

The Howard Hughes Corporation owns, manages and develops commercial, residential and mixed-use real estate throughout the U.S. Its award-winning assets include the country’s preeminent portfolio of master planned communities, as well as operating properties and development opportunities including: the Seaport in New York City; Downtown Columbia®, Maryland; The Woodlands®, The Woodlands Hills®, and Bridgeland® in the Greater Houston, Texas area; Summerlin®, Las Vegas; Ward Village® in Honolulu, Hawaiʻi; and Douglas Ranch in Phoenix. The Howard Hughes Corporation’s portfolio is strategically positioned to meet and accelerate development based on market demand, resulting in one of the strongest real estate platforms in the country. Dedicated to innovative placemaking, the company is recognized for its ongoing commitment to design excellence and to the cultural life of its communities. The Howard Hughes Corporation is traded on the New York Stock Exchange as HHC. For additional information visit www.howardhughes.com.