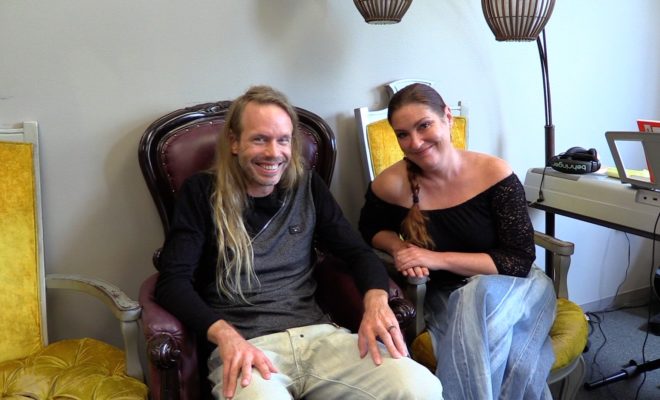 Sarah Kelly started writing songs around age 7 and in her mid-twenties signed to Gotee Records. After recording her song “Take Me Away,” she reached #6 on the charts, earned her first Grammy Nomination, and spent the next 10 years she spent touring non stop across America and Europe. On her second album she had the opportunity to work with legendary producer Mike Clink (Guns ’n Roses, Aerosmith, Metallica). Two of the tracks on “Where The Past Meets Today” featured Slash from Guns ’n Roses and earned Kelly her second Grammy nomination.

After five albums, Kelly is still creating music but her new passion is the Sarah Kelly Music School where she gets to train the next generation of singers and songwriters with her husband, Jonas Ekman.

The Sarah Kelly Music School exists to inspire, instruct, and empower their students to create work of meaning and value through outstanding education, inspiring services, and a network of mentoring and support. They offer songwriting classes, lessons in songwriting, guitar, piano, and voice, special guest events and career classes, and a professional recording studio.

Recordings with the Sarah Kelly Music School, including 23 students on the Grammy ballet, are done with Sweekman Productions. Listen to a sample of their artists and students here. Learn more at sweekman.com.

Special thank you to the Steve Head Team – Texas Premier Mortgage for highlighting this talented couple and amazing local business in our community!