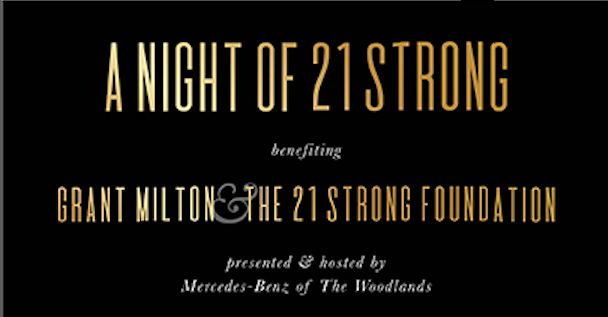 A Night of 21 Strong with NFL Greats

The 21 Strong Foundation benefiting Grant Milton is celebrating the Super Bowl in Houston and raising money for a very worthy cause. The event includes a VIP pre-party, cocktail party and silent auction to be attended by NFL greats, including former and current players, with the full lineup to be announced as the event approaches. The event will be hosted by Mercedes-Benz of The Woodlands on Thursday, February 2, 2017 at 7:00 p.m., and will feature a live musical performance by two-time Grammy nominee Tauren Wells. 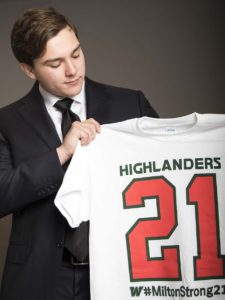 Wells’ single, Love is Action, was on the American Billboard Charts for five weeks in November and December 2016. A native Houstonian, Wells is an artist, motivational speaker, and Owner of Houston’s Prisma Worship Arts School. He is passionate about giving back to the community, and has followed Grant Milton’s story closely.

“We are beyond thrilled to help put on this event,” Bob Milner, Co-Owner of Mercedes-Benz of The Woodlands, said. “Grant’s story is something that is close to my heart, and I am excited to work with the 21 Strong Foundation to bring a truly meaningful evening to The Woodlands.”