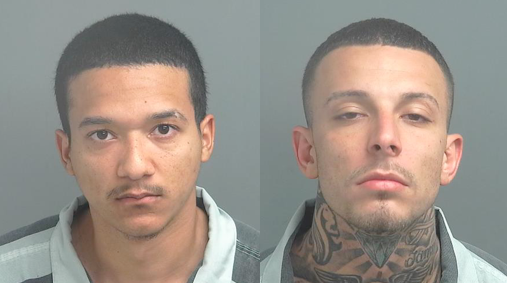 On Tuesday, February 21, the Montgomery County Precinct 3 Constable’s Office responded to 26100 Richards Road in regards to a possible kidnapping. Upon arrival it was learned that two suspects had kidnapped the complainant’s boyfriend. The suspects had released the victim’s girlfriend to deliver a message of ransom to the victim’s family. Through the investigation a possible location of the suspects was determined. Patrol units searched the area of SH 242 and Lexington where they located the suspect’s vehicle along with the kidnapped victim.

Two suspects were taken into custody on scene. Those arrested were Brandon Proctor and Hancie Perez-Archila of Conroe. Both men were charged with Aggravated Kidnapping and booked into the Montgomery County Jail. Proctor is currently on parole for robbery through Texas Department of Criminal Justice. The investigation also uncovered evidence to possibly link the two suspects other recent area robberies.