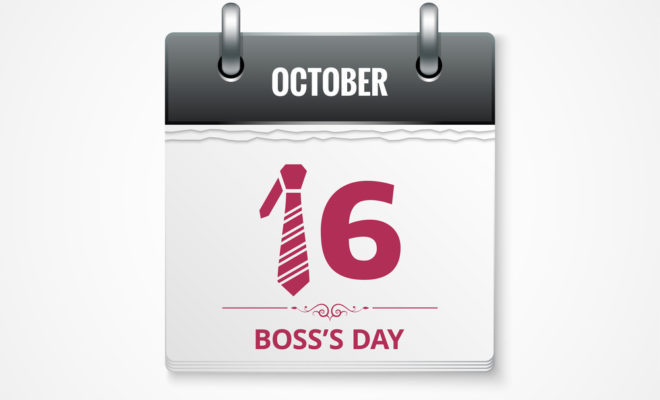 Boss’s Day, also known as National Boss Day or Bosses Day, is annually observed in the United States on October 16, or the nearest working day. Boss’s Day is a time that many workers share their appreciation for their employers.

Some give their bosses cards, gift certificates, desserts, flowers, or take their boss to lunch. There has been an increasing pushback on the “celebration” and some believe employees should not feel obligated to purchase gifts for their employers.

So how did Boss’s Day get started? Patricia Bays Haroski registered “National Boss’ Day” with the U.S. Chamber of Commerce back in 1958. October 16 just happened to be her father’s birthday. She wanted to create a special day to show the appreciation for her boss and for other bosses she thought they deserved. Creating a “Boss’s Day” was also an attempt to improve office relationships between supervisors and their staff.

Four years later, in 1962, Illinois Governor Otto Kerner backed Haroski’s registration and officially proclaimed the day. Hallmark Cards began offering a Boss’s Day card for sale in 1979. Since then, the event’s popularity has grown outside the United States and is now also observed in countries such as Australia, India, and South Africa.