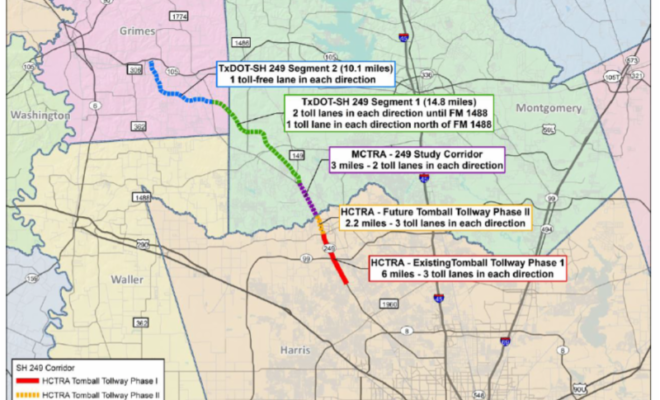 CONROE, TX – The Montgomery County Toll Road Authority (MCTRA) approved a report stating that MCTRA owes Montgomery County $109,615 in interest on funds loaned to MCTRA for the 249 project on Tuesday. The approval clears the way for county taxpayers to be fully reimbursed, with interest, for loans made to cover the launch costs, according to County Judge Craig Doyal.

“I have always said that – despite the misstatements and extreme exaggerations of some critics – not one dime of Montgomery County taxpayer funds would be spent on the Highway 249 project,” Judge Doyal said.

“The agreement on payment of interest for those loaned funds now clears the way for the county to be paid back – with interest above market rates – for the funds used to get the project rolling.” The county pledged roughly $10 million to the toll road authority to cover initial engineering and other costs. According to an independent auditor’s report1 approved by the MCTRA Tuesday, of the $10 million initially pledged, a total of roughly $7.78 million was actually used by MCTRA. Based on those actual costs, a total of $109,615 in interest will be paid to the county. The interest was calculated on TexPool’s prime rate plus 0.25 percent. Organized in 1989, TexPool is the largest and oldest local government investment pool in the State of Texas. 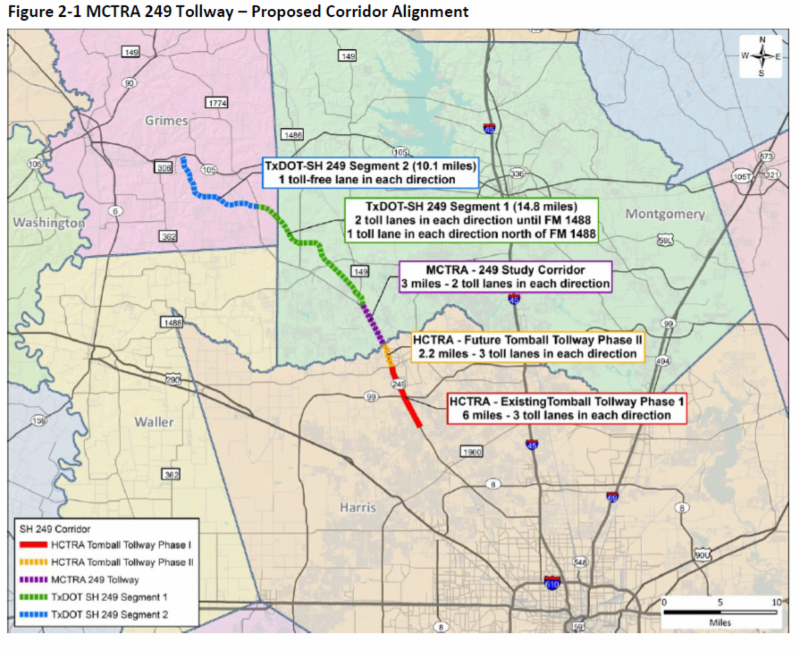 “The interest paid was better than if we had simply invested that same amount of funds based on our current investment policy,” Judge Doyal said. The action, Judge Doyal said, is another vindication of the project’s viability. “A certain irresponsible local blogger has made numerous false claims about 249, labeling it the ‘Decimation of Hope’ highway,” Judge Doyal said. “In fact, it should be named the ‘Realization of Hope Highway,’ because the hopes of southwest Montgomery County taxpayers for an effective solution for their transportation needs are finally going to be met.”

Critics also have claimed the project would not be financially viable. However, Judge Doyal said, according to a financial analysis2 of a completed traffic and revenue study for the proposed SH 249, the project is highly viable, with the proposed revenue from projected traffic counts easily paying for the project. The project will generate in excess of $400 million in revenue in its first 20 years, from 2020 to 2040 – more than enough to pay for the bonds needed to finance the toll road authority’s segment of 249, including a plan to add a third lane in each direction. In addition, the sale of the bonds generated a great deal of interest from investors, again showing the project’s viability. At its initial price, the county had $1.19 billion in orders for roughly $90 million in bonds.