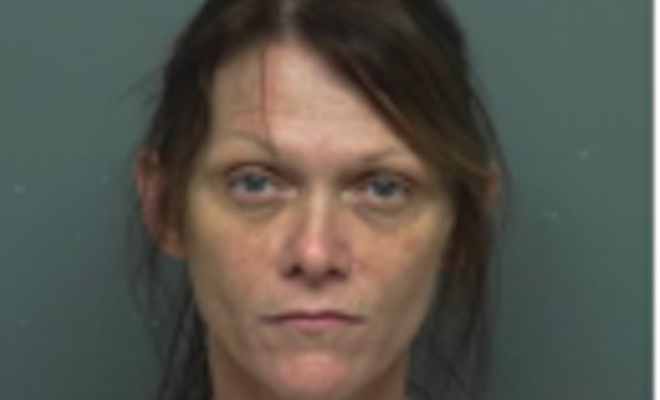 Defendant is Sentenced to Life in Prison for Transporting Narcotics

On January 18, 2018, Defendant Angela Ruth Mallone, 46, entered a plea of guilty yesterday to the offense of Possession of a Controlled Substance with Intent to Deliver (over 400 grams), and after pleading true to two enhancement paragraphs, received a life sentence from the Honorable Lisa Michalk presiding in the 221st District Court. In exchange for this plea agreement, federal and local authorities in neighboring jurisdictions agreed to not pursue other drug charges for acts she previously committed in 2016 and 2017.

On June 23, 2017, the defendant was a passenger in a vehicle that was stopped on Highway 105 east of Conroe. During the investigation, a narcotics K-9 made a positive alert to the right side of the vehicle, indicating the presence of narcotics. During a search of the vehicle, officers recovered over 420 grams of methamphetamine and approximately $18000 in cash. Mallone was charged with the first degree felony offense of Possession of a Controlled Substance with Intent to Deliver. After posting bond on those charges, the Mallone jumped bond and failed to appear in court. A warrant was issued for her arrest and she was eventually arrested on August 17, 2017 by the Silsbee Police Department, where she was found to be in possession of over 220 grams of methamphetamine and approximately $6,500 in cash.

Prior to her most recent arrest, Mallone was sent to prison for selling or transporting drugs in Texas in 1998, 2000, 2004, 2012, and in Louisiana in 2000. The case was prosecuted by Montgomery County Assistant District Attorney Rob Freyer, who stated, “We would like to commend all of the hard work and long hours put into this investigation by the Texas Department of Public Safety, the Montgomery County Sheriff’s Department, Tyler County Sheriff’s Department, and Silsbee Police Department. This was a collaborative effort by these agencies that resulted in the removal of one of the most active drug dealers in Southeast Texas, and it once again shows that those who choose to sell or transport any kind of drugs in and through Montgomery County, will reap the consequences and held accountable if they are caught doing so.”