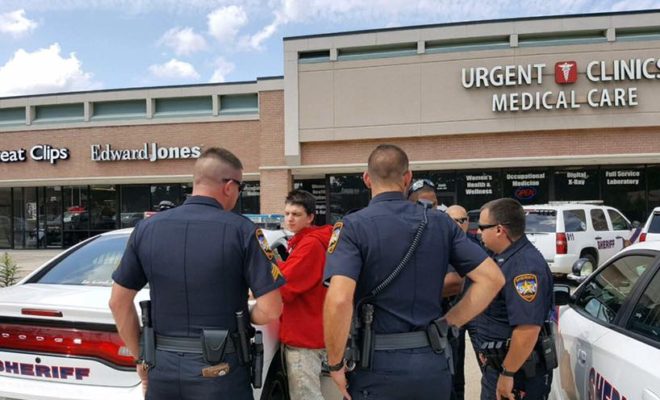 On Sunday, September 17, Montgomery County Sheriff’s Deputies were dispatched to a robbery at Subway located at 3600 FM 1488, Conroe, TX.

While en route to the scene, Deputies learned that the robbery suspect was the same suspect who had robbed multiple other Subway’s in Montgomery County as well as in the City of Conroe where the suspect displayed a firearm.

Prior to Deputies arrival, the suspect fled the scene but was found by deputies hiding in the men’s restroom in the Valero Gas Station located at 3710 FM 1488, Conroe, TX 77384. Suspect was arrested and the Gun was recovers. The suspect is currently being interviewed by Detectives.