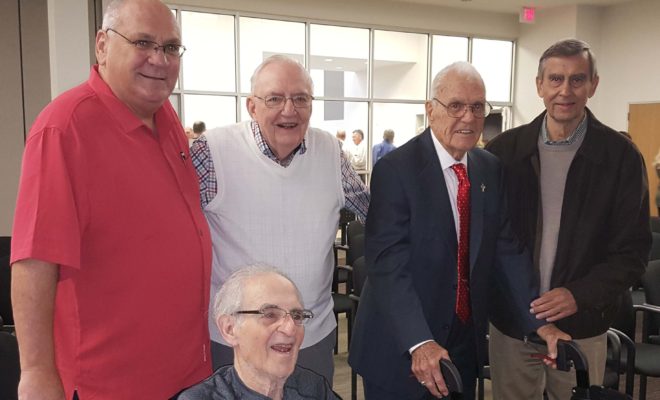 George’s Coffee Club recently recognized three Honorary Members, in recognition of their important contributions to the formation of The Woodlands.

The club is a non-profit organization formed to share factual information about George Mitchell’s significant leadership and contribution in the development of the Woodlands, which has gained international recognition as a quality “New Town”. The Coffee Club is an educational, non-political group that seeks to broaden community awareness of George Mitchell’s vision for the community in a factual way. 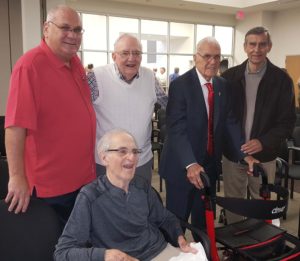 Don Gebert, Bob Williams and David Gottlieb were honored at the Club’s final breakfast meeting of 2017, with recollections of each of their roles and close work with founder of The Woodlands, George Mitchell.

According to the Club’s President Roger Galatas, “During the early stages of development of The Woodlands, George Mitchell was on a continuous search for talent to join his team to create a great livable community.  Successful in his quest, these three early recruits believed in Mitchell’s vision and joined his development team. Don Gebert relocated from a major charitable foundation in Philadelphia to serve as first CEO of Interfaith and build related social infrastructure.

Bob Williams was recruited from YMCA experience in Chicago to engage in early operations of the Swim and Athletic Center and later formed the Kiwanis Club and the Annual Prayer Breakfast in The Woodlands.

David Gottlieb joined from the University of Houston to recruit technology firms for location in the Research Forest.  It is only fitting that we pay tribute to them as Honorary Members of George’s Coffee Club.”

More information about George’s Coffee Club, George Mitchell and the history of The Woodlands can be found on the club’s website at www.GeorgesCoffeeClub.org.