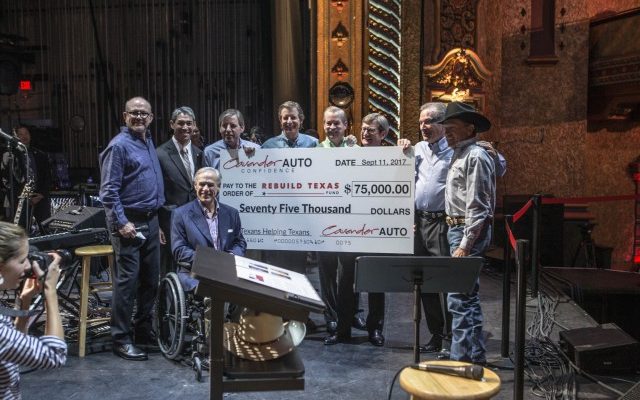 Austin, Texas – September 12, 2017 – Governor Greg Abbott today issued a proclamation officially designating September 12th “Hand In Hand Day” in the State of Texas. The Governor announced the proclamation at a press conference in San Antonio this afternoon to promote the Hand in Hand Telethon featuring George Strait, Miranda Lambert, Lyle Lovett, Robert Earl Keen, Chris Stapleton and several other musical artists. Funds raised from the Telethon will go to several organizations including the Rebuild Texas Fund, which was established by the Michael and Susan Dell Foundation in partnership with the OneStar Foundation.

“Texans are known for their can-do spirit and generous hospitality,” writes Governor Abbott in his proclamation. “In devastating events such as Hurricane Harvey, we see the true nature of Texans on full display. But there is even more we can do. Now that the rescues are over, the response must continue. It is my pleasure to commend the many musicians and individuals involved in this event for their efforts. Through the proceeds raised, we will rebuild the Lone Star State and make it greater than ever before.”

In addition to the proclamation, Governor Abbott will participate in the Hand in Hand Telethon to raise funds for victims of both Hurricanes Harvey and Irma. The Telethon will be broadcast across the nation on Facebook live this evening.