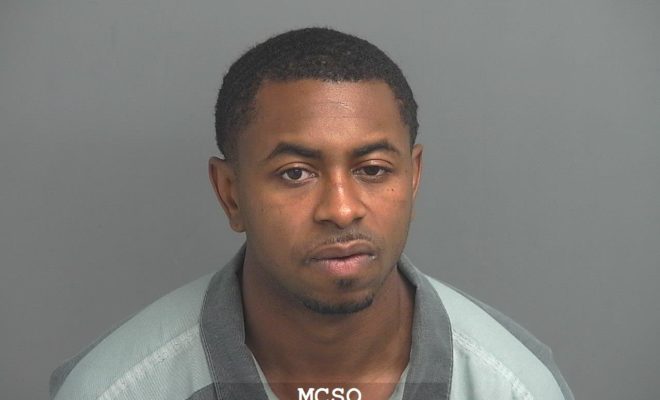 Conroe, Texas– On Thursday, jurors in the 221st District Court of Montgomery County, Texas (Honorable Judge Lisa Michalk presiding) found Defendant Hose Singleton, 37, guilty of Engaging in Organized Criminal Activity. The following day, the same jury sentenced Singleton to 38 years in the Texas Department of Criminal Justice – Institutional Division. According to the Houston Police Department, this is the longest sentence ever handed down by a Texas jury for a non-violent Bank Jugging-related offense. Bank Jugging is a form of predatory theft where perpetrators stalk their victims from banks and wait for an opportunity to deprive them of their money. Jugging-related offenses include murder, aggravated robbery, robbery, theft, and various forms of burglary.

During trial, Assistant District Attorneys Michael Ghutzman and Rob Freyer presented evidence that on January 23, 2018 the Houston Police Department (HPD) conducted a sting operation where they caught Singleton and his co-defendant accomplice Charles Ray Price Jr. stalking an undercover HPD officer from a bank in North Harris County to a location in Montgomery County. After leaving her vehicle, the undercover officer went inside a local business. Singleton then burglarized the officer’s car stealing $2,500. Both Singleton and Price were apprehended within seconds.

At trial, the jury heard evidence from over a dozen HPD officers concerning their past encounters with Singleton dating more than twenty years. Officer C.E. Dorton stated that Singleton is one of Houston’s most prolific bank juggers. Dorton also stated that Singleton is a member of the Hustling Under Pressure criminal street gang – a group known for targeting citizens leaving banks and stealing their money. Singleton has been previously convicted of multiple narcotics and jugging-related offenses, including a 57 months trip to federal prison for dealing crack cocaine and a felony bank jugging case out of Miami-Dade County, Florida. Additionally, Singleton still has two pending felony cases in Harris County and one pending felony in Comal County, all of which involve bank jugging.

Assistant District Attorney Michael Ghutzman said of the verdict, “gang members engaging in predatory theft in this community will not be tolerated. Let it be known that bank juggers that choose to target citizens in Montgomery County will receive swift justice. The elected District Attorney Brett Ligon and his assistants will ensure that these cases are charged appropriately and prosecuted to the fullest extent of the law.”

Under Texas law, Singleton will be eligible for parole after serving at least 19 years in the Texas Department of Criminal Justice – Institutional Division. Co-defendant Price’s case is still pending trial in the 221st District Court.