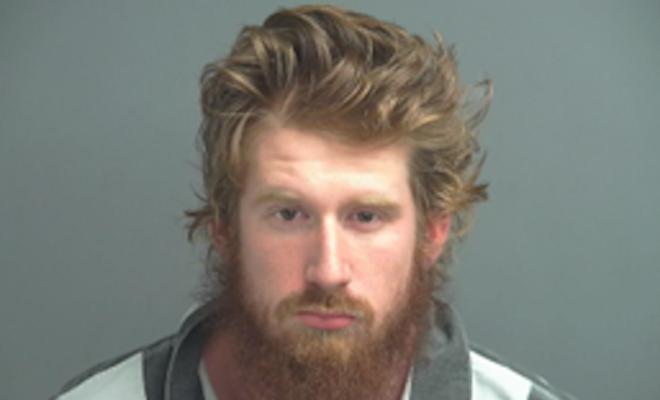 MONTGOMERY COUNTY, TX – Early in January 2018, a cybercrime investigation was initiated by the Precinct 1 Constable’s Office into the possibility that a two year old female child had been sexually assaulted and that assault had been recorded on video. The cybercrime investigator with the Precinct 1 Constable’s office continued this month long investigation into the matter, and learned that the biological mother of the two year old child, allegedly sexually assaulted her daughter and captured the sexual assault on video. Undercover investigators were able obtain photographic evidence of the sexual assault. Investigators were also able to glean where the sexual assault had occurred along with the identities of the parents and the child.

On January 23, 2018, the biological mother of the child was arrested in Orange, Texas by the Department of Home Land Security on two Federal arrest warrants for Promotion of Child Pornography and Aggravated Sexual Assault of a Child. The mother was arrested without incident and the child was removed from the home and is in Child Protective Services custody.

The Montgomery County Precinct 1 Constable’s Office participates in the Houston Metro Internet Crimes Against Children Task Force and wishes to thank our partners and the following agencies, who provided substantial support of this investigation and the subsequent the arrest of the suspects:

John A. Trahan, the biological father of the child, 24 years old, from Spring, Texas was arrested. This suspect is currently in Montgomery County Jail on Promotion of Child Pornography charge and his bond is currently set at $150,000.00.

Janel S. Trahan, the biological mother of the child, is 32 years old from Orange, Texas. This suspect is currently in the Custody of the Department of Homeland Security and no photograph or bond information available at this time.