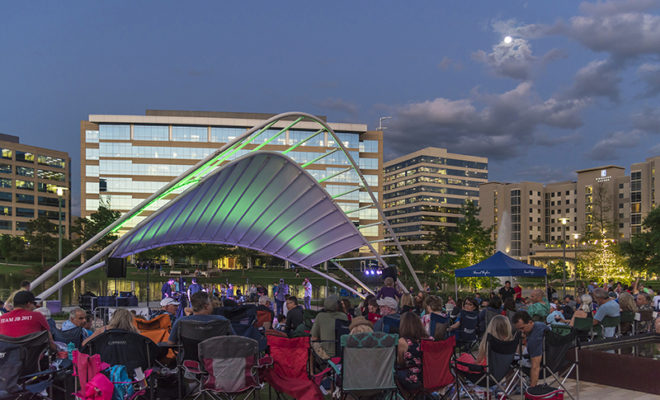 Rock the Row returns with Trailgating this October

THE WOODLANDS, TX – The Howard Hughes Corporation has announced the return of the popular Rock the Row free fall concert series beginning on Thursday, October 11 through Thursday, November 15 from 7:00 – 9:00 p.m. at Hughes Landing. Guests are invited to join the party early with a fun trail run/walk before each concert. Runners will meet at Fleet Feet at 6:00 p.m. every Thursday, and then cool down with small bites and drinks before the concert at the Hughes Landing Band Shell. The first 100 runners will receive a free Trailgating t-shirt.

“We are pleased to announce the return of the family-friendly Rock the Row concert series this fall. This season, we are excited to introduce Trailgating at Rock the Row. There is no better place to promote health and wellness in The Woodlands than the walkable setting of Hughes Landing,” said Jim Carman, Vice President, Master Planned Community, Commercial Development for The Howard Hughes Corporation. 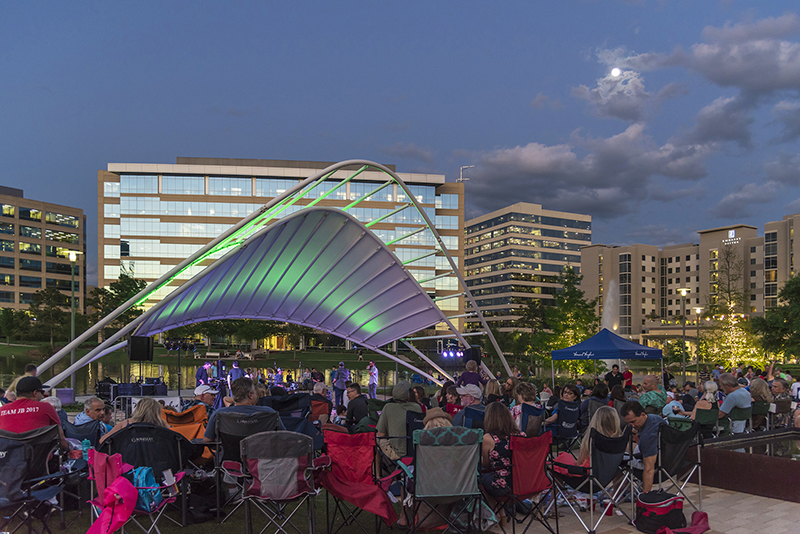 The Howard Hughes Corporation owns, manages and develops commercial, residential and mixed-use real estate throughout the U.S. Its award-winning assets include the country’s preeminent portfolio of master planned communities, as well as operating properties and development opportunities. Dedicated to innovative placemaking, the company is recognized for its ongoing commitment to design excellence and to the cultural life of its communities. For additional information about The Howard Hughes Corporation, visit www.howardhughes.com.