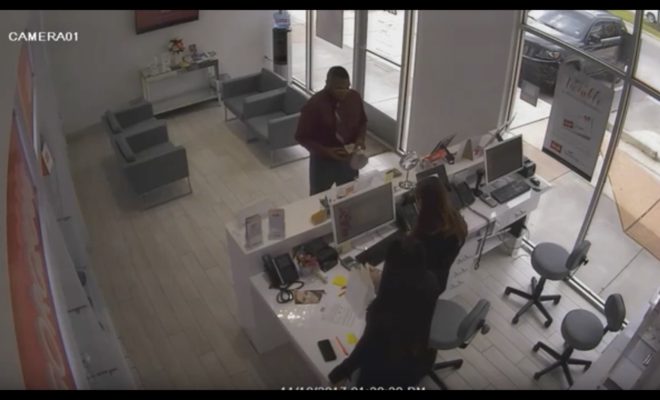 During the investigation, Detectives with Montgomery County Sheriff’s Office have learned that the suspect has used $100.00 dollar bills at other locations in Harris County.

The suspect is described as a black male, approximately 6’1″, thin build and wearing a maroon button-down shirt and reading glasses. The suspect has a noticeably deformed left ear and a gold front tooth.

Anyone with information regarding this suspect or this crime is asked to contact the Montgomery County Sheriff’s Office 936-760-5800 or Crime Stoppers at 1-800-392-STOP (7867) and refer to case number# 17A351251.
The video of the counterfeit suspect can be viewed here: https://youtu.be/jgROIgtv-LQ