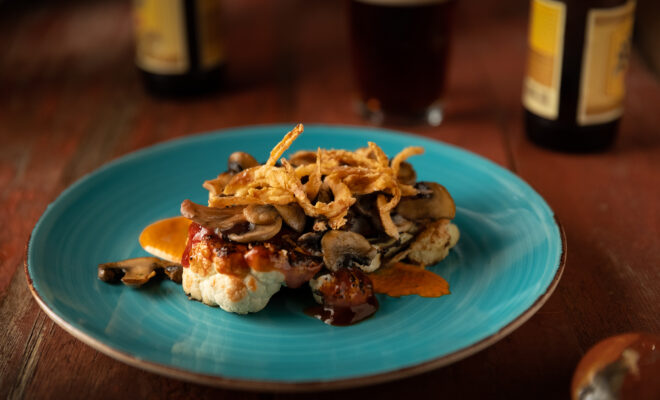 HOUSTON, TX – Mozambik, a popular Portuguese-inspired South African restaurant with 24 locations in South Africa and Zambia, will soon make its US debut in The Woodlands and Houston. Restaurateur Ryan Stewart, a Johannesburg native and Houston resident since 2018, will open the concept’s first stateside location on Sept. 10 at 1201 Lake Woodlands Dr. Suite 304 at The Woodlands Mall. A second location will follow soon at 5085 Westheimer Rd. in the Houston Galleria.

Known for its peri peri chicken and Afro-Porto cuisine, Mozambik is one of South Africa’s fastest growing dining brands. Signature dishes include peri peri chicken, trinchado, espetadas and South African comfort food staples such as Sodwana Bay crab cakes, Malay curry and bobotie. New menu items will be introduced every six months, along with monthly specials. Drink offerings will include a wide selection of South African wines such as the country’s signature variety Pinotage and handcrafted cocktails like the R&R, a traditional rum drink known by South Africans as “Tipo Tinto”, and the Fikile, named after the longtime manager of Mozambik’s first location, which opened in 2005.

“Mozambique is a popular vacation destination for South Africans,” Stewart said. “The food is influenced by the Portuguese, and that combined with the local cuisine has become part of South Africa’s diverse cultural landscape. Mozambik is more than a restaurant — it’s a destination and an immersive experience. We like to say it’s a ‘taste of escape’.”

Both Mozambik locations will take the place of Peli Peli, which will have its final day of service on Sept. 5 after 12 years in Houston. Stewart — a co-owner of Mozambik since 2008 who moved to Houston in 2018 to assist the Peli Peli Restaurant Group — will lead Mozambik’s US expansion as CEO alongside executive chef Macey Maples, a Houston native and former Peli Peli chef de cuisine.

During the COVID-19 pandemic, Stewart introduced Mozambik’s signature recipes to the Peli Peli menu as the restaurant pivoted from fine dining to a more affordable price point. Peli Peli’s Woodlands location has been transformed with new design and bright color schemes. Peli Peli’s Galleria location will undergo similar renovations prior to Mozambik opening. Stewart and his partners plan to open additional Mozambik locations throughout Texas and the United States.

“We want to thank all of the guests who have supported Peli Peli through the years,” Stewart said. “We know there’s an appetite for great South African food in Houston, and we are very excited for the opportunity to bring Mozambik to the US.”

From a single store in the South African town of Ballito, the Mozambik brand has grown to 24 locations throughout South Africa, Zambia and soon The Woodlands and Houston, Texas. Mozambik is an authentic South African kitchen with special focus on coastal fare and braai. A family-oriented, multi-sensory brand, Mozambik offers guests a transportive dining experience like no other with a relaxed, inviting “Baracca” vibe and each store maintaining the rustic feel of a Mozambican beach. For more information, visit www.mozambik.co.za.