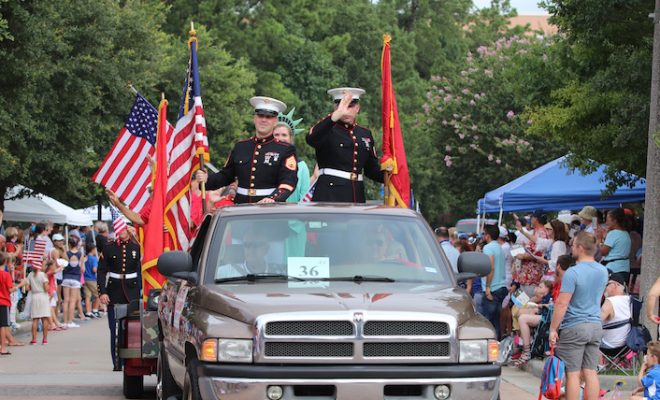 The Woodlands, TX – The 43rd Annual 4th of July Parade, “United We Stand,” will begin at 9:00 a.m. July 4. The parade is a rain or shine event; however, the South County 4th of July Committee would not jeopardize the safety of parade participants, volunteers and spectators. The committee is monitoring the weather and any weather delays/cancellations will be announced through Facebook and the website. The committee will make the difficult decision by 5:30 am to cancel the parade, if the weather forecast predicts severe weather.

Updates and information will be posted on www.4thofjuly.org:

View the Hello Woodlands photo album of the 2017 parade: