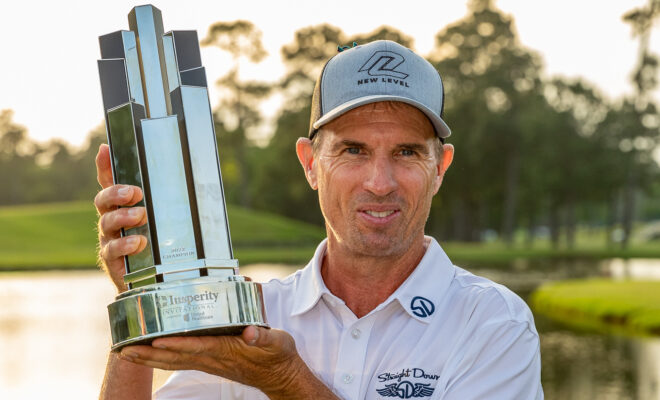 THE WOODLANDS, TX – Steven Alker captured his third PGA TOUR Champions victory, second in three starts, at the 2022 Insperity Invitational and moved into the No. 1 spot in the Charles Schwab Cup rankings.