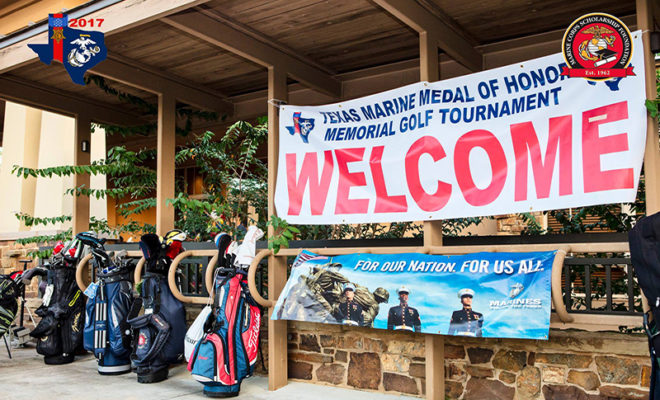 Tournament highlights include a hole-in-one prize, a closest-to-the-pin prize that includes a weekend at a Benchmark Resort, and Esprit de Corps with Marines and other patriots. Scheduled to appear is 5-time World Long Drive Finalist Glenn Wilson, Jr. Proceeds will benefit the Marine Corps Scholarship Foundation.

On May 25, 2007, The Texas Marines Medal of Honor Monument was dedicated to honor those Marines who had enlisted in or were born in the State of Texas and were recipients of the Medal of Honor. This monument resides in Town Green Park in The Woodlands, Texas. A group of Texas-based Marines worked together to raise funds and erect the monument. 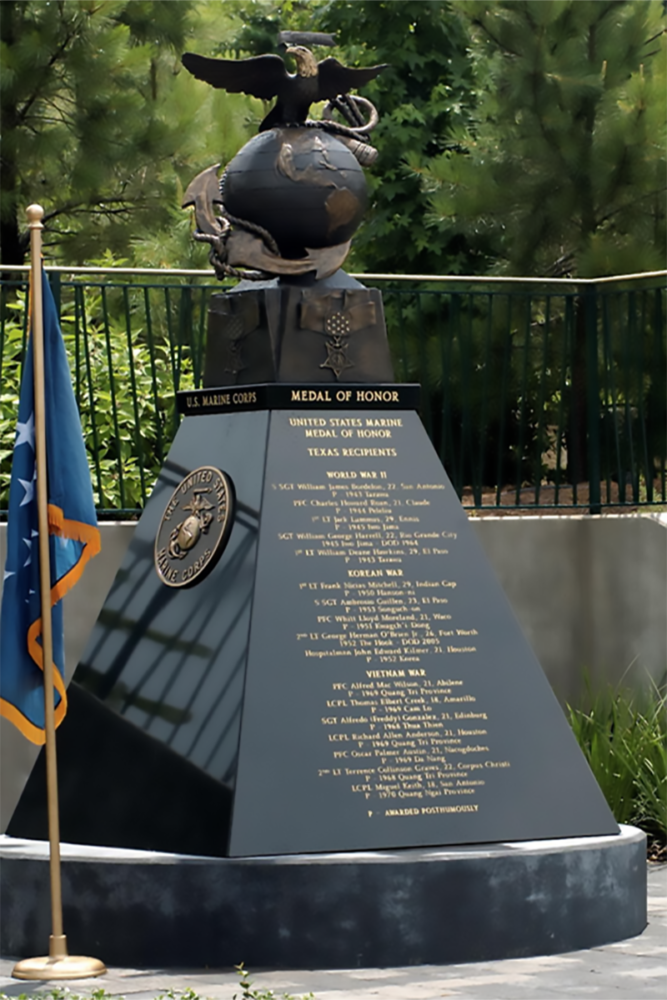 The Texas Marines Medal of Honor Fund is a non-profit volunteer organization dedicated to honoring the acts of heroism and sacrifice of the Navy Corpsman and Marine Medal of Honor recipients who were born or enlisted in the State of Texas.

Register online for the golf tournament at www.texasmarinemedalofhonor.com.

Individual and corporate sponsorships are available and include opportunities for company branding and visibility. For more information on the Texas Marine Medal of Honor Fund, the establishment of the monument in Town Green Park, or the tournament, contact Rita McClure at 281-367-5757.