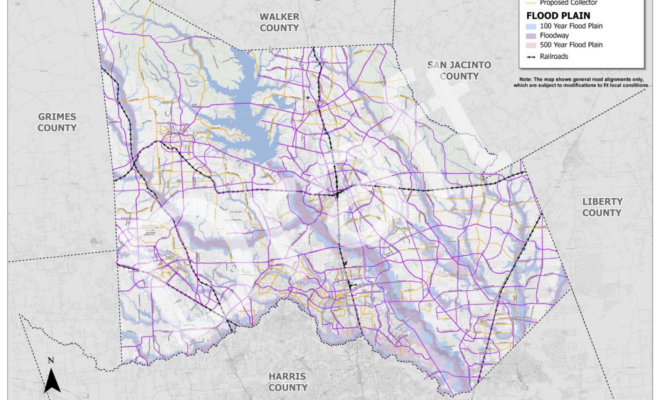 The Woodlands Township Board of Directors held a special meeting via videoconference on Wednesday, June 2, 2021 at 10 a.m. to discuss the proposed 2021 Montgomery County Thoroughfare Plan.

Residents can voice their opinions in the virtual public meeting through Friday, June 11, 2021 at this website:  https://www.projectinformation.com/MontgomeryMTFP/.

Board members viewed the virtual public meeting and adopted a Resolution of recommendations to submit as public comment regarding the plan. These supporting recommendations ask for the removal of certain roadways that the Township Board had previously requested to be removed from the 2016 version of the thoroughfare plan as well as oppose certain mobility projects recommended in and adjacent to The Woodlands Township’s portion located in Montgomery County. Board members expressed concerns of potential negative long term impact to residents of The Woodlands.

“It is clear we do not have enough information about many of these proposed projects and the corresponding impact on the roadways,” said Township Chairman Gordy Bunch. “Certain portions of the plan could have major impacts on residents of The Woodlands.”

For more information on The Woodlands Township, or to view the meeting in its entirety, please visit www.thewoodlandstownship-tx.gov, or call 281-210-3800.