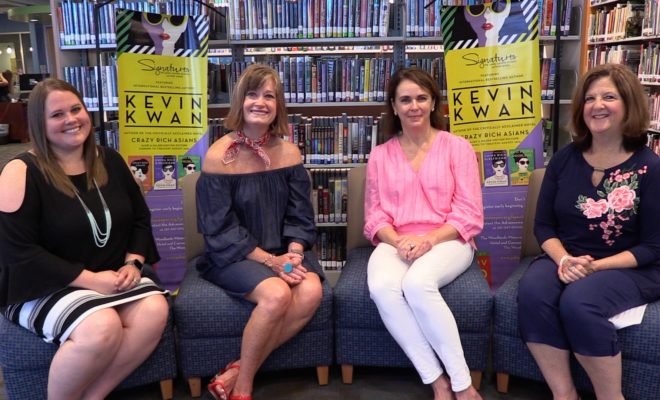 Learn more and purchase your ticket today at https://bit.ly/SignaturesAuthorsSeries

The John Cooper School Signatures Author Series is held each year at The Woodlands Waterway Marriott Hotel and each year, a portion of the proceeds is given to a local non-profit literary organization.

Kevin Kwan’s critically acclaimed debut novel, Crazy Rich Asians, became an international bestseller and the major motion picture version, a romantic comedy, will be released by Warner Brothers Studios on August 17. Its sequel, China Rich Girlfriend, also became a smash hit around the world, and the final book in the trilogy, Rich People Problems, was released in May of this year. Time Magazine recently named Kwan to the 2018 TIME 100, its annual list of the 100 most influential people in the world. 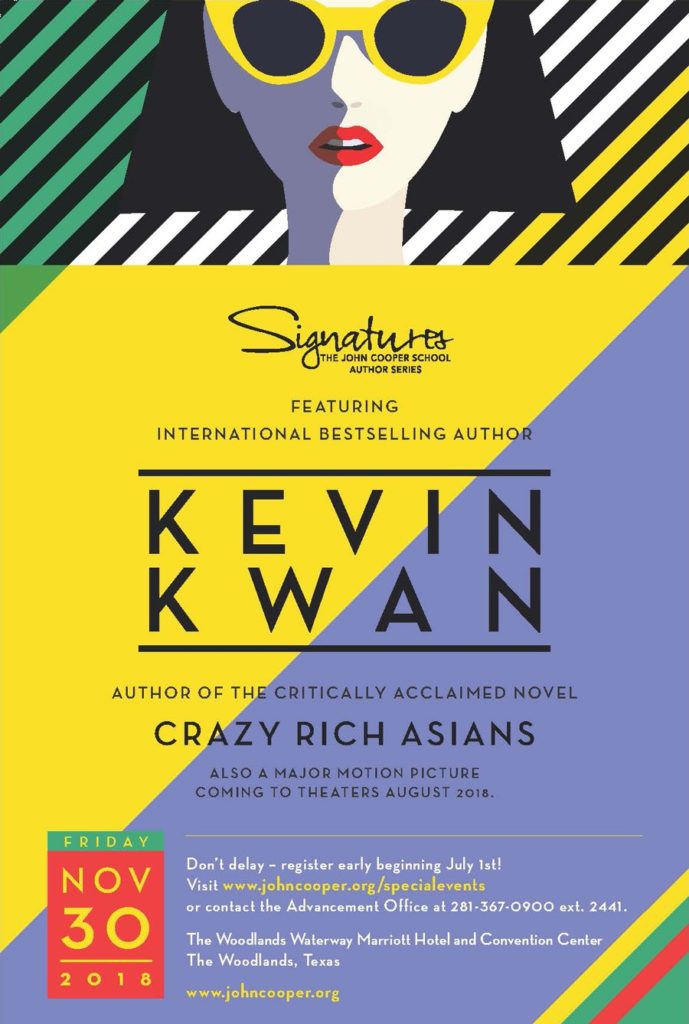 Reservations for the 2018 Signatures Author Series luncheon are now on sale at www.johncooper.org.