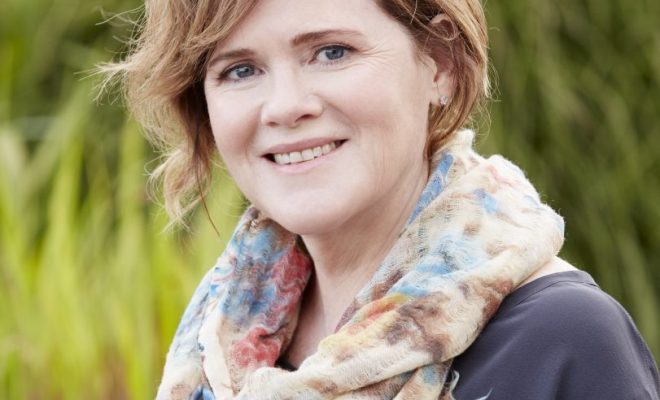 THE WOODLANDS, TX – The John Cooper School Fine Arts Council has announced that internationally acclaimed bestselling novelist Maria Semple is the featured speaker for the 15th Annual Signatures Author Series that brings high profile authors to The Woodlands each year. The 2019 Signatures luncheon will be held on Friday, December 6 at The Woodlands Waterway Marriott Hotel and Convention Center.

Semple’s novels have been described as smart, deep and funny. Her most recent book, Today Will Be Different, was an instant international bestseller, featured on the cover of the New York Times Book Review and is currently in development as a limited TV series produced and directed by Semple, starring Julia Roberts.

Where’d You Go, Bernadette is an international bestseller that spent over a year on the New York Times bestseller list, received numerous awards including the American Library Association’s Alex Award and has been translated into 30 languages. The movie version of this mystery comedy-drama, starring Cate Blanchett debuted in theaters on August 16.

Semple’s first novel was This One Is Mine. Prior to writing bestselling novels, she was a producer and writer for such television shows as 90210, Mad About You and Arrested Development, to name a few. Semple has also been featured on The Hollywood Reporter’s “Most Powerful Authors in Hollywood” list.

The event also features local authors, book signings and a VIP book signing with the author for major table sponsors. Pre-lunch events begin at 10:00 a.m. and the keynote portion begins at noon. As is tradition, a portion of the proceeds from this annual event is given to a local charitable organization. The 2019 beneficiary will be The Montgomery County Memorial Library System.

Established in 1988, The John Cooper School is an independent, college preparatory school for students in Pre-K through Grade 12. For more information, visit www.johncooper.org.