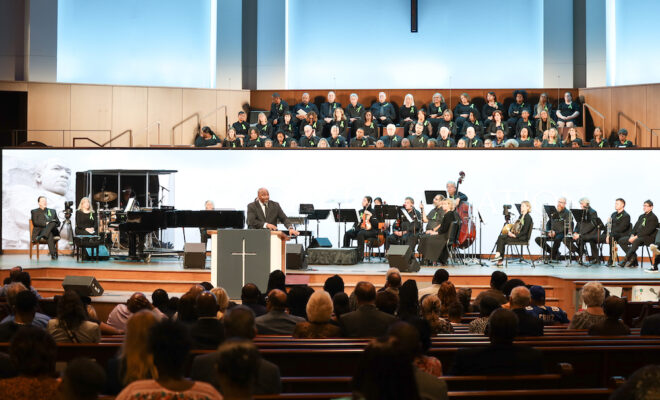 The annual free public celebration is a longtime event that was started by Impact Church of The Woodlands and is still hosted by the church today every year at The Woodlands Methodist Church. The 2023 theme was “Rise Up.”