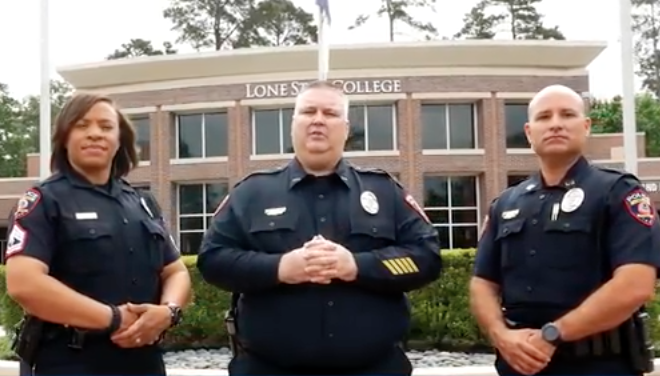 Senate Bill 11, commonly referred to as the campus carry law, takes effect at Lone Star College Tuesday, August 1. The law relates to the carrying of handguns on the campuses of institutions of higher education and certain other locations associated with the institutions.

“Lone Star College began last year gathering input from students, faculty, staff and members of the community on how best to implement this law,” said Stephen C. Head, Ph.D., LSC chancellor. “Members of the LSC Campus Carry Task Force collected the feedback and developed a proposed set of guidelines that were then approved by the LSC Board of Trustees.

“We remain committed to providing a safe environment for all of the Lone Star College community,” said Head.

The law also permits the president or other chief executive officer of an institution of higher education to establish reasonable rules, regulations, or other provisions regarding the carrying of concealed handguns by license holders on the campus or on specific premises located on the campus.

“Senate Bill 11 when into effect at four-year universities in August 2016 which allowed two-year institutions the opportunity to observe best practices on implementing the law,” said Head.

The law allows the posting of a sign under Penal Code Section 30.06 with respect to any portion of premises on which license holders may not carry.

Visit LoneStar.edu/CampusCarry for more information, including a video, Frequently Asked Questions and list of exclusionary zones for each LSC location.