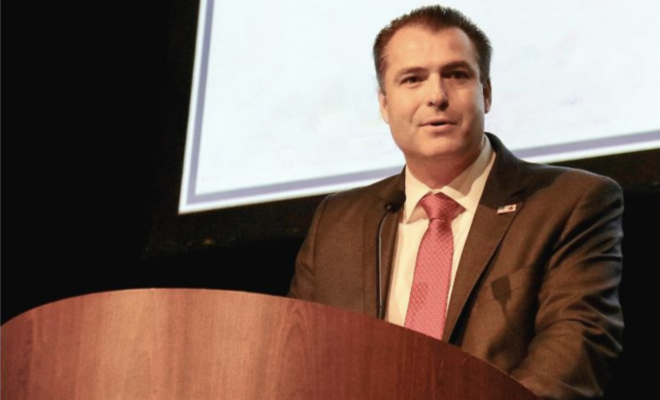 This meeting was held in-person at The Woodlands Waterway Hotel & Convention Center with about 500 attendees and also had online attendee options.

Chairman Bunch discussed how The Woodlands Township has navigated through the COVID-19 pandemic, how the Township is serving its residents and businesses through its many services, programs and amenities, and discussed future opportunities, including future governance, further developments of the arts and the revitalization of older areas of The Woodlands.

Chairman Bunch said one of the year’s highlights was being named the #1 Best City to Live in the United States by a nationally-recognized website, Niche.com

“It’s great news,” said Chairman Bunch, “The Woodlands was honored to be named #1 City in America by Niche.com, based on a number of factors.”

Under the leadership of the seven-person Board of Directors and the finance staff, Chairman Bunch discussed The Woodlands Township financial position. The tax rate has been almost cut in half from 2010 to 2021, from $42 per $100 valuation to $22.31 per $100 valuation. Debt is two and a half times lower now than it was seven years ago in 2013. Outstanding debt in 2013 was $112.5 million with the current debt at $45 million.

However, he noted the pandemic has taken its toll on some key revenue streams including sales tax and hotel occupancy tax. The hotel tax alone was reduced by $5.3 million dollars from 2019 to 2020 due to the pandemic.

“While nearly every city in the state of Texas has received federal CARES funding, The Woodlands Township has received very little, even though we have been adversely affected,” Chairman Bunch said.

Chairman Bunch highlighted the activities of the Township, utilizing enhanced safety protocols and continuous communications to residents. He also spoke of the importance of tourism as well as the outstanding work of The Woodlands Fire Department and public safety personnel.

Chairman Bunch also highlighted how the Township responds to residents and businesses during natural disasters like hurricanes and most recently the freeze of February 2021. While the snow was a delight to see for some, it created havoc throughout the area, and the Township responded quickly to help residents recover in the aftermath, most notably providing extra trash service and dumpsters to help with household construction waste from frozen pipes and other issues.