CONROE, TEXAS – The Conroe Independent School District Board of Trustees approved the Election Order and Notice for a May 4, 2019, School Bond Election at their meeting on January 15, 2019. 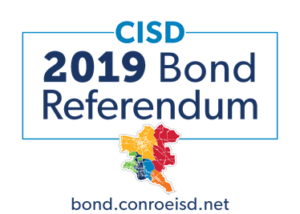 A detailed list of projects included in the 2019 Bond Referendum along with other District information is available at bond.conroeisd.net.