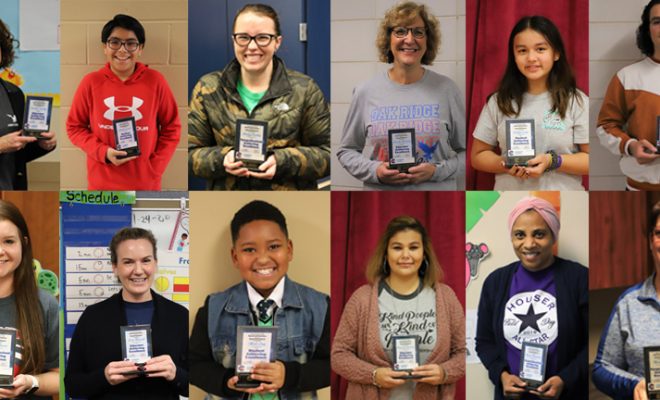 The Board of Trustees began the Ambassador Awards to recognize individuals for their positive contributions to campus life and campus climate. Throughout the year, each campus is visited by one or more members of the Board who surprise the award recipients while they are performing their duties as either a student or an employee.