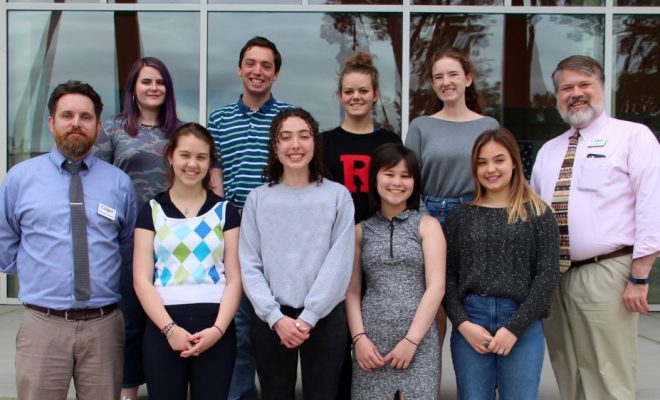 THE WOODLANDS, TX – Eleven writing students from The John Cooper School earned top awards in the Regional portion of the National Scholastic Art and Writing Awards. Students were awarded Gold Key, Silver Key and Honorable Mentions for their work.

In writing, senior Brian Ross was given the top award, a Gold Key for his writing portfolio, titled “Flight.” He was also awarded an honorable mention in Flash Fiction for “Words Are Like Spilled Coffee.”

Silver Keys in poetry were awarded to Gabrielle Drinkwine for “Peaches,” to Caitlin Ross for “Mulberry Boy,” and to Sarah Tindell for “Summer Stain.” A Silver Key was awarded to Maya Robles for her writing portfolio, titled “A Young Woman Writes About Growth and Discovery for Eight Pieces Straight Without Stopping.” Amelia Solomon’s short story, “Cherry Red,” was also awarded a Silver Key, as was Jessica Young’s dramatic script, “The Silent Struggle.”