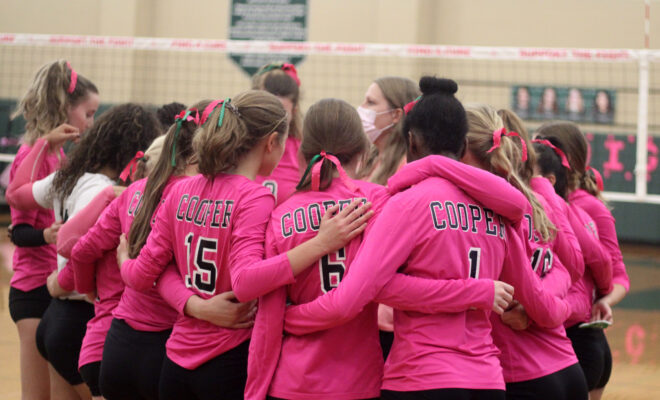 Discipline is the bridge between goals and accomplishment. The Dragons continued to build their championship bridge last night as they defeated the Hornets of Greenhill 62-26. There was a good deal of yellow on the field, but the Dragons fought through their mistakes to handily win their fifth SPC contest in a row. The Dragons saw early success, already up 28-0 at the start of the second quarter.

The Dragon defense spread the love with multiple players collecting multiple tackles; the Dragons forced and recovered one drive ending fumble and pulled in an interception as well. Senior LB Blake Pitts, senior FS Ronnie Woodall, and senior DE Connor Dove were around the ball all night, providing big hits and important pass break-ups to help keep the Hornets out of the endzone. The Dragons look to improve this week as they ready themselves for their Championship date in three weeks as they come back home this week to face off with the Falcons of Fort Worth Country Day School.

Coach Jennifer Peyton: An outstanding defensive performance with three players over 20 digs. The Dragons made the Knights work for every point.

The Dragons picked up a 3-0 victory over Duchesne on Dig Pink® Night as the teams participated to make strides for breast cancer research, the real winner of the night. This is the 11th consecutive year that the Dragon volleyball teams have sponsored a Dig Pink® volleyball game and event.

Coach Jennifer Peyton: Dig Pink brought a big crowd, which gave the players energy. It was a team win, with everyone making an impact when they stepped on the court. Laura Weatherford hit the 1,500 dig milestone!

Next up for Dragon Cross Country