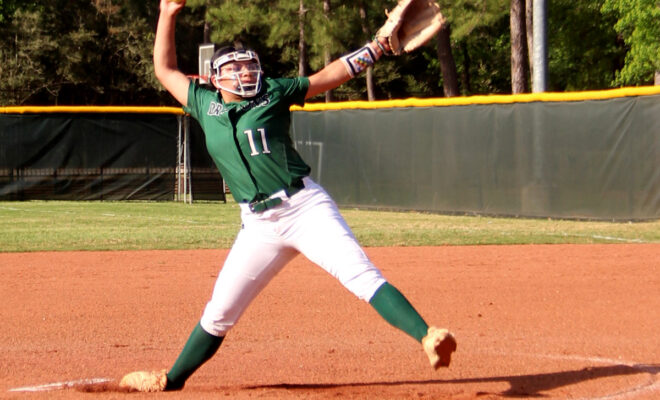 THE WOODLANDS, TX – The John Cooper School’s Dragon teams have wrapped up conference play before heading to conference championships.

“The Dragons ended conference play at 2-4 and will enter the playoffs as a 6 seed,” said Coach Mike Williams.

Next up for Dragon Baseball:

“Ella Howard meant business as she gathered five hits, with a double in the first, a single in the second, and a double in the third,” said Coach Nicole Hedden.” She tripled and doubled in the fifth. Bella Tamayo tripled to bring in one run. Cooper scored eight runs in the fifth with doubles by Maggie Flin and Howard, a triple by Tamayo and a single by Ally Junaid. On the rubber, Grace Minarovic led things off. She went five innings, allowing one run on two hits and striking out 10. Dragons had 13 hits with multiples by Howard, Tamayo, Minarovic and Flinn. Minarovic also tore up the base paths, stealing at least two bases.”

“The Dragons had eight runs in the fourth inning led by Addy Tague, Emma Hall, Ella Howard, Bella Tamayo and Maggie Flinn, who all drove in runs,” said Hedden. “Tamayo pitched for the Dragons, allowing two hits and one run over two innings, striking out three and walking one. Fifteen hits got the done with multiple hits by Flinn, Howard, Tamayo and Sydney Kelly, with Howard and Flinn leading with three each. On the field, not a single error.”

Next up for Dragon Softball:

Next up for Dragon Tennis:

Next up for Dragon Track & Field:

Next up for Dragon Golf: