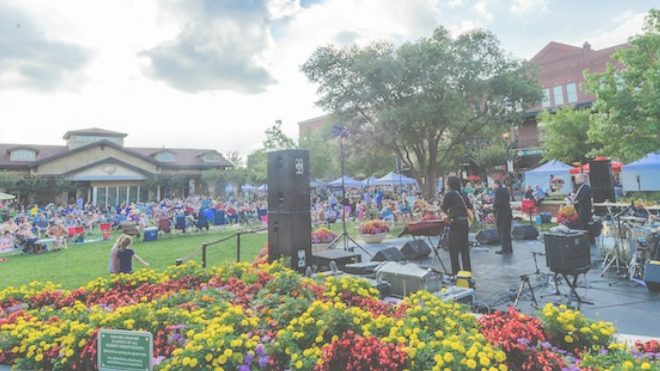 Market Street has announced the return of their popular Fall Concert Series in The Woodlands! The series starts September 8th and will take place every Thursday from 6pm to 8:30pm until October 13th.

The Fall Concert Series is open to the public where attendees are encouraged to bring their family, friends, and a lawn chair to enjoy music at this free event. 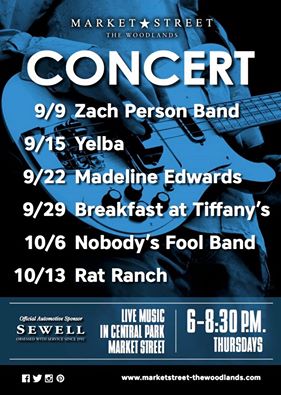 Learn more about the concert series at www.marketstreet-thewoodlands.com