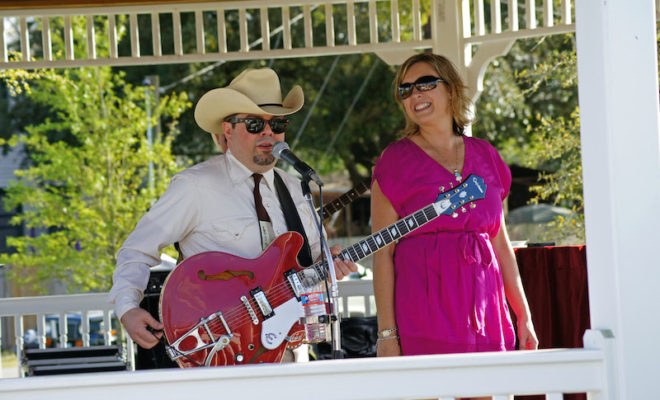 Tomball’s Honky Tonk Chili Challenge will stir up some hot picks and hotter peppers on May 27th as the annual festival fills the downtown depot plaza.

Old-style honky tonk tunes from the days of Patsy Cline and Hank Williams will be performed throughout the afternoon by Tony Booth, Doug Boggs, Amber Digby and Liz Talley. K-Star 99.7 FM will be hosting a Texas style two-steppin’ dance contest with an overnight weekend at Moody Gardens on Galveston Island for the winning couple.

Chili cooks from across southeast Texas will be competing in this CASI sanctioned Chili Challenge. Points are awarded to the winning cook teams as they vie for a place at the Chili Appreciation Society International Championship in Terlingua, Texas later this year. There will also be categories for local businesses and organizations, and a kids division to find out who makes the Best Chili in Tomball. A margarita “pour-off” is also a part of the event.

Food and merchandise vendors, and a kids zone will be on-site.

The festival surrounds Tomball’s historic downtown Depot at 201 South Main Street, 77375. Gates open at 11 am. Admission and parking are free. Be sure to stop by the nearby Tomball Farmers Market before the festival, recently named Best Farmers Market in the Houston area by Edible Houston.

The City of Tomball is a member of the Texas Festivals & Events Association, Texas Travel Industry Association, and Visit Houston & Beyond. Learn more at TomballTX.gov. 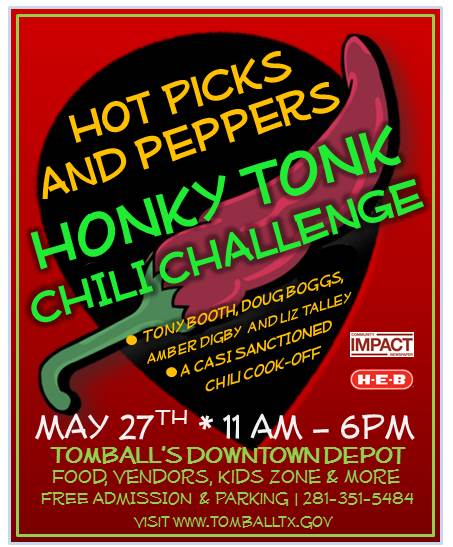