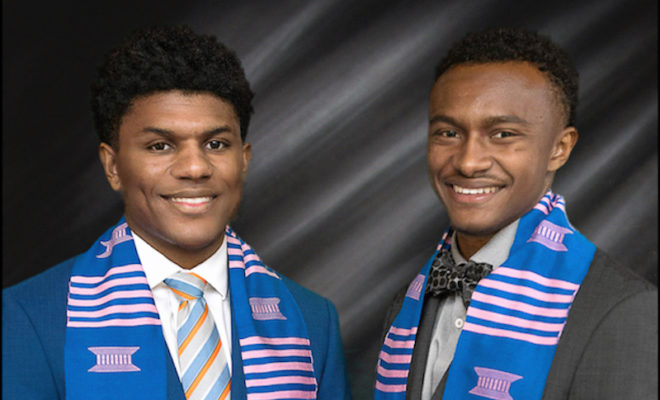 Photo by mrdlcarter.com provided by Jack and Jill of America, Inc.

Jack and Jill of America The Woodlands celebrates Graduating Seniors 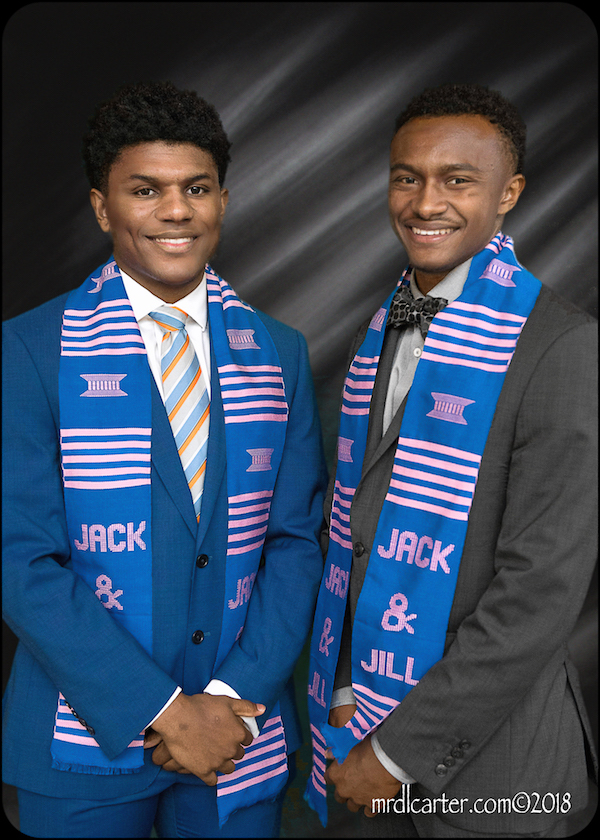 Adam Myres and Miles Oldacre, Photo by mrdlcarter.com provided by Jack and Jill of America, Inc.

Adam Myres, the son of Albert Myres, Sr and Angela Myres, is a student at The Woodlands College Park High School. Throughout his school years he has volunteered in the community and participated in football and track. Adam is very active in Future Farmers of America as well and has earned the highest honor in high school which is the Lone Star Degree. Adam will attend Texas A&M University (Blinn Team) and major in Agricultural Finance and Ranch Management. After his undergraduate studies, Adam plans on obtaining his MBA and Project Management Professional certification. Adam’s advanced education will help him begin his career path of running his family ranches and beef businesses.

Miles Oldacre, the son of Pat and Yvette Oldacre, is a student at Klein Oak High School. Miles is a member of the National Honor Society, the National Society of High School Scholars and Captain of the football team. In the Fall, Miles will attend Yale University where he will major in mechanical engineering with an emphasis on entrepreneurship. During his time at Yale, Miles plans to establish his own charity foundation which will focus on helping young African Americans who live in poverty to acquire the skills they need to be successful. After graduating, Miles aspires to play in the National Football League. Upon finishing his football career, he would like to create his own American exotic brand car company.

During the event, the Chapter also recognized those students graduating from eight grade and entering high school. 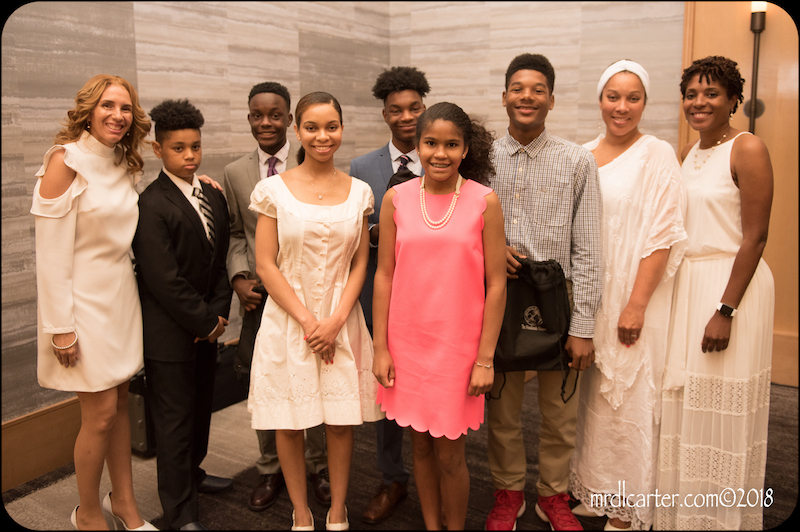 Brooke Barnes, the daughter of Chris and Rayna Barnes, will attend The Woodlands High School. Brooke has future plans to study at The University of California, Los Angeles.

Roderick Andrew Jeffries II, the son of Roderick and Joice Jeffries, will attend The Woodlands High School too. Roderick plans on majoring in Marine Biology at the University of Oregon. 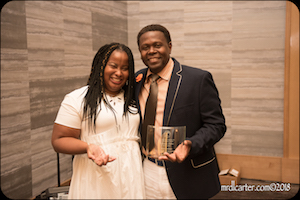 2018 mother and father of the year, Nicki Jones Sylvester and Kevin Jackson. Photo by mrdlcarter.com provided by Jack and Jill of America, Inc.

Maddox Oldacre, the son of Pat and Yvette Oldacre, will be a student at Klein Oak High School. Maddox plans on attending college to set the foundation for his career path.

Carter Womble, the son of Will and Meshonda Womble, will attend Klein Oak High School. Carter has future plans to attend Stanford University and major in Chemical Engineering.

Cooper Womble, also the son of Will and Meshonda Womble, will be a student at Klein Oak High School. Cooper plans to attend The University of California, Los Angeles and be an actor or entertainment attorney.

The members of The Woodlands Chapter of Jack and Jill of America congratulate all of these students on their accomplishments inside out and out of the organization and wish them well with their future endeavors.