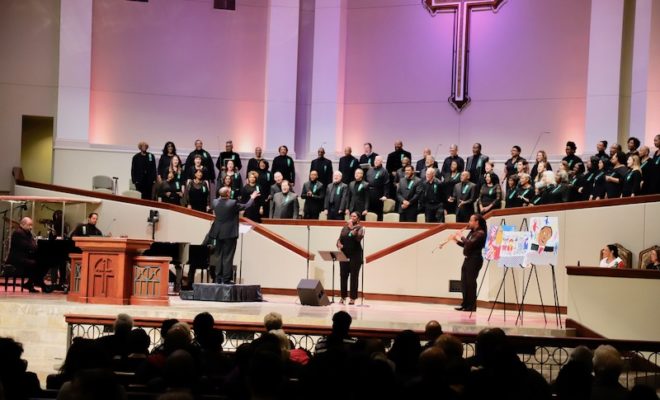 The celebration held on Martin Luther King, Jr. Day was hosted by Impact Church of The Woodlands and sponsored by The Woodlands Development Company, a division of the Howard Hughes Corporation.

Special performances during the program were made by the Children’sMass King Choir, The Woodlands Area Mass King Choir and Resound – Special Needs Ministry Choir. The Oak Ridge High School Air Force Junior ROTC led the posting of the colors.

Following the Commemorative Tribute, Scholarships, Poster Awards and the Drum Major Awards were presented to the award winners who came up on stage with their families.

Read about the 2018 Celebration and Winners here.