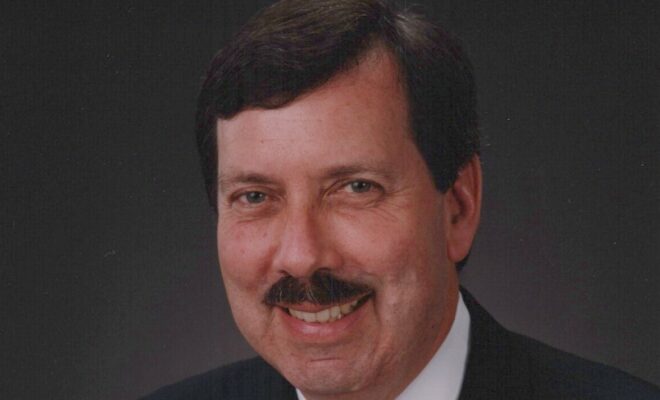 Michael H. Richmond remembered for his legacy to The Woodlands

Longtime real estate development and banking executive, Michael H. Richmond was an endeared leader, trusted advisor, and mentor whose key roles helped to shape The Woodlands into one of the most successful master planned communities in the nation. As the story goes, Michael Richmond always admitted to being a dreamer, yet distinctively one who made dreams come true.

As many will tell you, he could be tough and adamantly decisive, but the man also had a big heart and a huge passion for helping to guide and shape others to bring out their best professional selves by sharing his business acumen and keen perspective.

A native of Baltimore, Maryland, Richmond attended the University of Maryland where he received his degree in accounting. His first professional opportunity came at a major accounting firm, now known as PricewaterhouseCoopers. As an auditor, he served one the firms’ key clients, Columbia, Maryland, a pioneer in planned communities in America. It was that association and his achievement as a certified public accountant that brought Richmond to the attention of George Mitchell and his visionary team planning a new project just north of Houston known as The Woodlands, Texas. Michael shared in the original vision of The Woodlands almost from its very inception and assumed his new job as controller of The Woodlands Development Corporation one week before groundbreaking in September 1972.

Both The Woodlands’ growth and Richmond’s career moved rapidly. He became Treasurer, then Senior Financial Officer, and in 1985 he was named Executive Vice President of the company with responsibilities encompassing commercial development and operations of the company’s hospitality, investment properties, office buildings, industrial development, and retail shopping centers. Michael was a dealmaker and his financial genius helped create the Houston Area Research Center, the Woodlands Venture Capital Company, and the Research Forest. His relationship with the golfing world helped bring the Nicklaus, Palmer, and Player golf courses to The Woodlands. His three decades of service and his exemplary performance in developing The Woodlands caused new owners Morgan Stanley and Crescent Operating, Inc. to name him President and COO in 1997, followed by CEO in 1998 of The Woodlands Operating Company. Some of his most notable projects included The Woodlands Mall, the Marriott Hotel & Convention Center, the San Luis Hotel, and other Galveston developments.

Michael’s contribution to the medical community is unmeasurable, including being instrumental in the creation of the very first hospital, The Woodlands Community Hospital (now known as Memorial Hermann The Woodlands), to negotiating the sale of land to St. Luke’s Hospital and becoming its first Chairman of the Board, to supporting Texas Children’s Hospital The Woodlands as a lifetime ambassador.

During his tenure, Michael played an integral part in making The Woodlands become one of America’s foremost master planned communities garnering the title of “America’s Hometown.” Michael retired from The Woodlands Operating Company in 2002 after 30 years of service to the community.

After his brief retirement in 2002, Michael became an advisory board member to Woodforest National Bank and raised the funding necessary to bring the Samsung World Championship to The Woodlands. Then, in January 2003, Richmond once again saw an opportunity to be that dreamer that makes dreams come true. He joined Woodforest National Bank as Director and Vice Chairman and elevated its visionary team with aspirations to be a leading financial service provider to The Woodlands, the Greater Houston area and then across the nation.

Richmond served a multitude of civic and service organizations that have created a special bond for residents and businesses in The Woodlands and the regional area. Richmond has served as a Director of Landry’s Restaurants, Inc., President of the Woodlands Golf Association, Director of Stewart Title Company of Montgomery County, and Advisory Director to Johnson Development Company. His activities also included serving as Chairman of the Town Center Improvement District which later became The Woodlands Township, Chairman of the North Houston Association, as well as directorships to the American Heart Association of Montgomery County, Houston Golf Association, Houston Real Estate Forum, Houston Regional Mobility Association, Mitchell Mortgage Company, The Woodlands Area Chamber of Commerce and the Economic Development Partnership, the Greater Houston Partnership, the National Real Estate Roundtable and the Urban Land Institute.

Over the years, Michael Richmond was honored to be named one of The Woodlands’ Hometown Heroes and received a Lifetime Achievement Award from the North Houston Association. During one of his last public appearances at The Woodlands Area Chamber of Commerce’s annual meeting and awards program luncheon on September 30th, Michael Richmond was recognized for his years of service and contributions with the Chamber’s “Legacy Award.” It was a sold-out event full of standing ovations and heartfelt sentiments by guests who adored and appreciated him for all he was.

Michael Richmond, passed away on December 5, 2022, at his home in The Woodlands surrounded by his loving family after a courageous battle with Parkinson’s disease. While many grieving hearts are hurting, so many are also appreciative of the way Michael Richmond impacted their lives and the community of The Woodlands that so many of us enjoy today. The impact of his influence ripples across the community far and wide. There will not be another such as Michael Richmond, and he will be greatly missed.

“Michael touched so many people by sharing the amazing resume of great works he orchestrated. Like so many others, I will be forever grateful for having Michael in my life as he has been a great influence on both my personal and professional life. His family has demonstrated amazing love and support for Michael over the last few years, which should be an inspiration for all. I know it gave those of us who knew Michael a sense of peace knowing we could not do anything about the awful disease, yet we could see every day how much he was cared for and loved by his family.” – Jeff Beard, President, SVN | J. Beard Real Estate – Greater Houston

“Many have been blessed in our community by Michael Richmond! Michael was a great businessman that stayed grounded in faith, family and fun! His legacy in The Woodlands and at Woodforest National Bank will be a lasting testament to his family and friends! God Bless Michael Richmond.” – Robert Marling, Chairman and CEO, Woodforest Financial Group

“Without a doubt, Michael made an indelible impact on The Woodlands community and on my career along with countless others. Michael was a visionary leader who pushed everyone to think big, balanced by his financial acumen where his focus on EBITDA and creating cash flow to reinvest in development has been key to every business he touched. He will forever be one of my greatest mentors.” – Debbie Sukin, Regional Senior Vice President & CEO, Houston Methodist The Woodlands Hospital