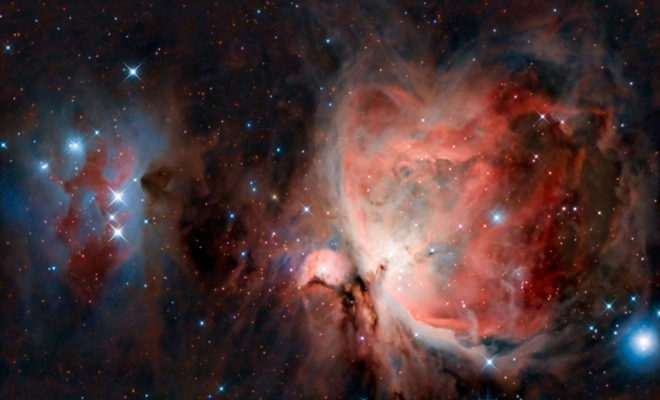 Get ready for some celestial fireworks this weekend!

Although the famous Halley’s Comet only passes by Earth about every 76 years, it leaves behind a trail of comet crumbs. These “crumbs” or meteor showers can be seen during the Eta Aquarids in May and the Orionid meteor shower in October and November when the Earth’s orbit around the sun crosses paths with the debris.

Orionid meteors will peak this weekend between Friday, October 20 and Sunday, October 22. Orionid meteors should be visible from any location on Earth and can be seen anywhere across the sky on both Friday and Saturday nights. The best time to view the Orionids will be between midnight and dawn – and no, you won’t need a telescope.

Jane Houston Jones from NASA’s Jet Propulsion Laboratory in Pasadena, California shared, “The Orionids peak on October 20 – a dark, moonless night. Look near Orion’s club in the hours before dawn and you may see up to 10 to 15 meteors per hour.”

Space.com shared that “If you find the shape of Orion the Hunter, the meteor shower’s radiant (or point of origin) will be near Orion’s sword, slightly north of his left shoulder (the star Betelgeuse).” NASA meteor expert Bill Cooke advised that you also may want to look away from Orion, “because meteors close to the radiant have short trails and are harder to see.”

To watch the show, try to get as far as you can away from city lights, lie back (try not to fall asleep), and use only your eyes to watch the sky – no binoculars or needed. A First Quarter Moon should make this meteor shower easy to see in both the Northern and Southern Hemisphere.

Learn more about the Orionid meteor shower at Space.com and NASA.